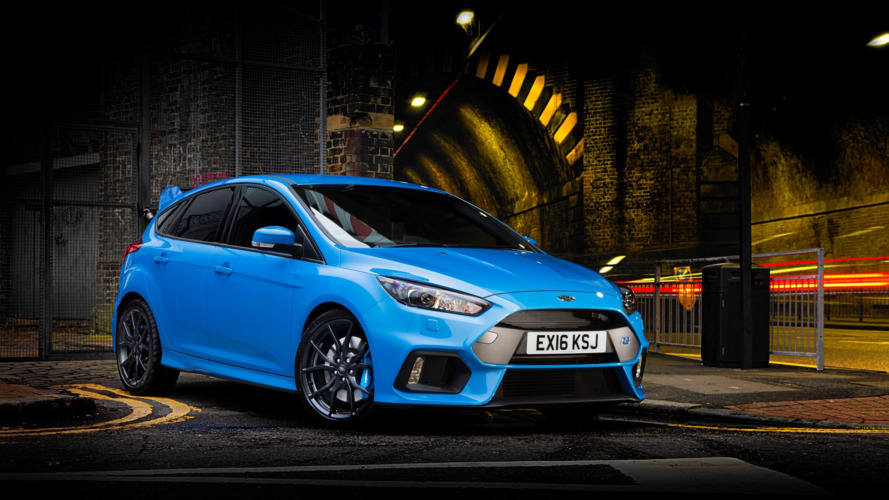 Runs to 62 mph in four and a half seconds.

With so many people lining up to buy the Ford Focus RS, it makes perfect sense that Mountune wants to capitalize on the popularity of the all-wheel-drive hot hatchback by developing a series of upgrades. The first order of business was to upgrade the turbocharged 2.3-liter, four-cylinder EcoBoost engine and they were able to squeeze an extra 25 horsepower (18 kilowatts) and 30 pound-feet (40 newton-meters) of torque.

To achieve these numbers, Mountune has developed a custom air filter, an upgraded air re-circulation valve, optimized software tuning for the engine’s ECU, and a new alloy crossover duct with high-performance silicone hoses. Implementing these changes on a standard Ford Focus RS will take only around 90 minutes at any Mountune-appointed Ford dealer and it will not void the manufacturer’s warranty.

The Mountune power upgrade will soon be available in selected European markets and it will set you back £899 in U.K.

Equipped with the Ford Performance by Mountune power upgrade that is available in selected European markets and priced £899 for customers in the U.K., the Ford Focus RS achieves improved 0-62 mph acceleration in 4.5 seconds – faster than a Porsche 911 Carrera with manual transmission costing more than double the Focus RS list price. Top speed remains 165 mph.

“Ford has a proud history of working with Mountune to unleash even more power from our hot hatchbacks for dedicated performance enthusiasts,” said Tyrone Johnson, vehicle engineering manager, Ford Performance. “Boosting power to 375 PS launches the already class-leading Focus RS even further ahead of the field.”

Any Mountune-appointed Ford dealer will be able to fit the upgrade in 1.5 hours and it is fully compatible with the Ford warranty, meaning Ford Performance by Mountune Focus RS vehicles continue to be covered against mechanical failure – for example for three years or 60,000 miles in the U.K. from the original date of purchase.

Ford has received more than 4,600 UK orders for the Focus RS since last September. The high-performance hatchback pioneers innovative Ford Performance All Wheel Drive with Dynamic Torque Vectoring for a new level of handling, grip and cornering speed. Selectable Drive Modes – including an industry-first Drift Mode that allows controlled oversteer drifts – and Launch Control feature on the RS model for the first time.

The Focus RS has received numerous awards and accolades, including:

Developed by Ford Performance engineers in Europe and the U.S., the Focus RS delivers 350 PS and 4.7 second 0-62 mph acceleration in standard form.