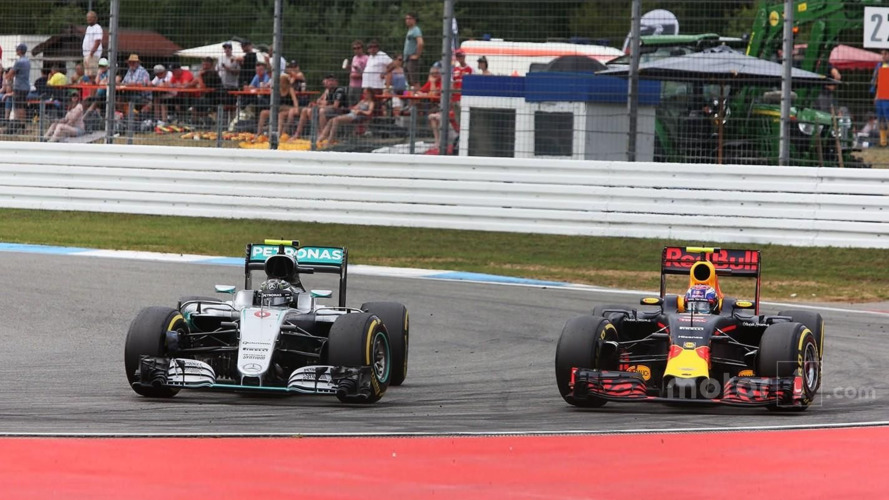 Mercedes technical chief Paddy Lowe admits that Red Bull is keeping the pressure on Mercedes after Nico Rosberg found himself demoted to fourth in Germany – and says that closer racing is good for the sport.

Lowe also conceded that it has proved impossible for Mercedes to predict how the form of its strongest current rival changes from race to race.

“You can look at a good number of races in the last two years where we could have a number of issues and we had enough pace advantage to make good,” he told Motorsport.com.

“That was not the case today. Respect to Red Bull, they’ve done a good job, and maybe it's good news for F1 that things are a bit closer that they were in 2014 and 2015.

“There’s a lot of circuit variability. Overall our pace here was not as strong to Red Bull as it was in Hungary, and yet if you were to analyse the nature of the tracks, you would have said it should be the other way round. So there’s a lot of things that we don’t understand.”

Lowe was pleased to have won the final race before the summer break after Mercedes lost the Hungarian GP in each of the past two seasons.

“It hasn’t been a season of one-twos, but we’re still looking good on the wins, only losing the obvious one, so that’s great," he said.

"We didn’t get this far in 2014 and 2015 in terms of winning the race before the break, and there’s a nice psychological aspect to that, to go on holiday with a win behind you. It’s nice for the team, because you’re not left with that feeling of some crisis to sort out.

“It does seem impossible to get to the end of the season without an engine penalty on Lewis’s car, so I’m sure he’ll be very happy to have found some points today to give him a buffer against those penalties.”

Lowe added that the Brackey-based team is now winding down 2016 development, given that it has a solid lead in the constructors’ table.

"We can start to manage that, a bit like Lewis managed his tyres on Sunday.”