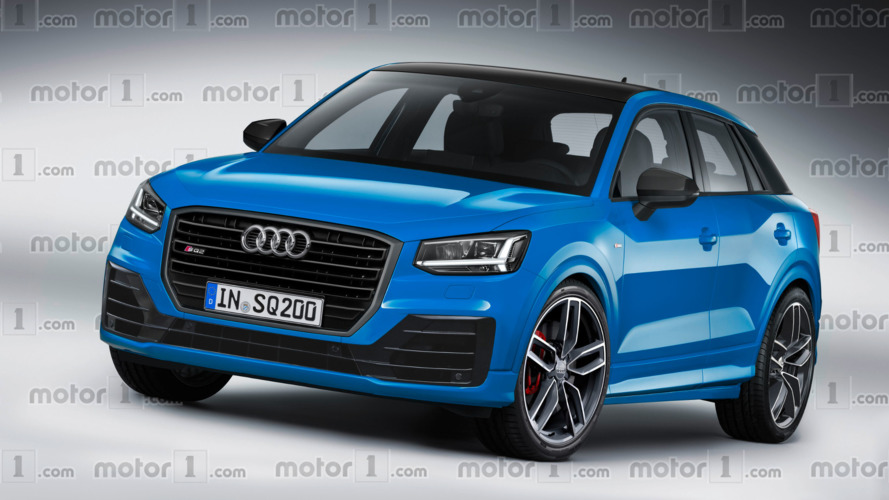 We already know it's coming.

Audi’s smallest crossover was spotted a couple of months ago in action at the Nürburgring while it was wearing a slightly more aggressive body and was rocking four exhaust tips. It also had a beefier set of alloy wheels matched with a lowered sports suspension and larger brakes. Those were all signs of a performance-oriented version which will likely be baptized “SQ2.”

In the attached render we are trying to see into the future by imagining a potential look for the tiny yet punchy crossover currently being prepared in Ingolstadt. Audi’s answer to the Mercedes-Benz GLA 45 AMG will likely source its engine from the S3 facelift which is motivated by a turbocharged 2.0-liter, four-cylinder unit.

Power will likely stand at 310 hp (228 kW) and 280 lb-ft (380 Nm) of torque as it’s the case with the manual S3. The S tronic-equipped SQ2 is expected to bump torque to 295 lb-ft (400 Nm). Like all S-badged models from Audi, the first-ever SQ2 will come as standard with the company's proprietary quattro all-wheel-drive system.

Details about the price tag are not available at this point, but you can imagine the stronger engine along with the other hardware upgrades will command a significant premium over the 190-hp 2.0 TFSI Q2 which kicks off at €31,800 in Germany.

With the standard Q2 going on sale this fall, it means the SQ2 will not arrive sooner than the second half of 2017. Some are saying there will even be an RS Q2 with the RS3’s turbocharged 2.5-liter, five-cylinder engine, but that seems a bit too extreme.