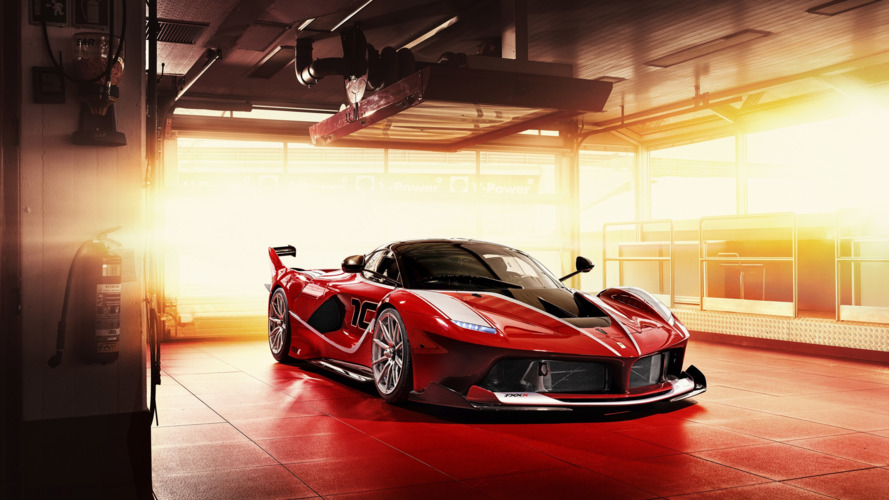 The folks from Top Gear magazine sat down and had a chat with Ferrari’s commercial director Enrico Galliera who is also responsible for the ultra-exclusive XX series. At one point in the interview he was asked whether the FXX K will spawn an even more hardcore version in the same vein as its predecessors, the 599XX and FXX, which both received quicker Evoluzione editions.

He did admit Ferrari is analyzing the prospects of an even more intense model, but it won’t be launched unless they can come up with a significant improvement over the regular FXX K. He went on to specify final deliveries of the standard model are now being made and after that the team in charge of the track-only beast will “really start work on how to improve it.”

When asked about the FXX K’s bits stopping it from being homologated for the road, Enrico Galliera said the aerodynamic tweaks are the main reason why those lucky enough to own the FXX K cannot legally drive the cars outside of a circuit. He pointed out the front splitter and rear wing which can be considered as being too dangerous to be fitted onto a regular vehicle.

Don’t hold your breath for a back-on-the-road FXX K in the same vein as Lanzante’s McLaren P1 GTR and the forthcoming Aston Martin Vulcan conversion kit because it won’t happen. Enrico Galliera mentioned he’s not too fond of the idea since that would imply adapting the car "for something it was never designed to do.”

Check out the full interview at the source link below.