Concours d’Elegance of America: The cars we want to drive home 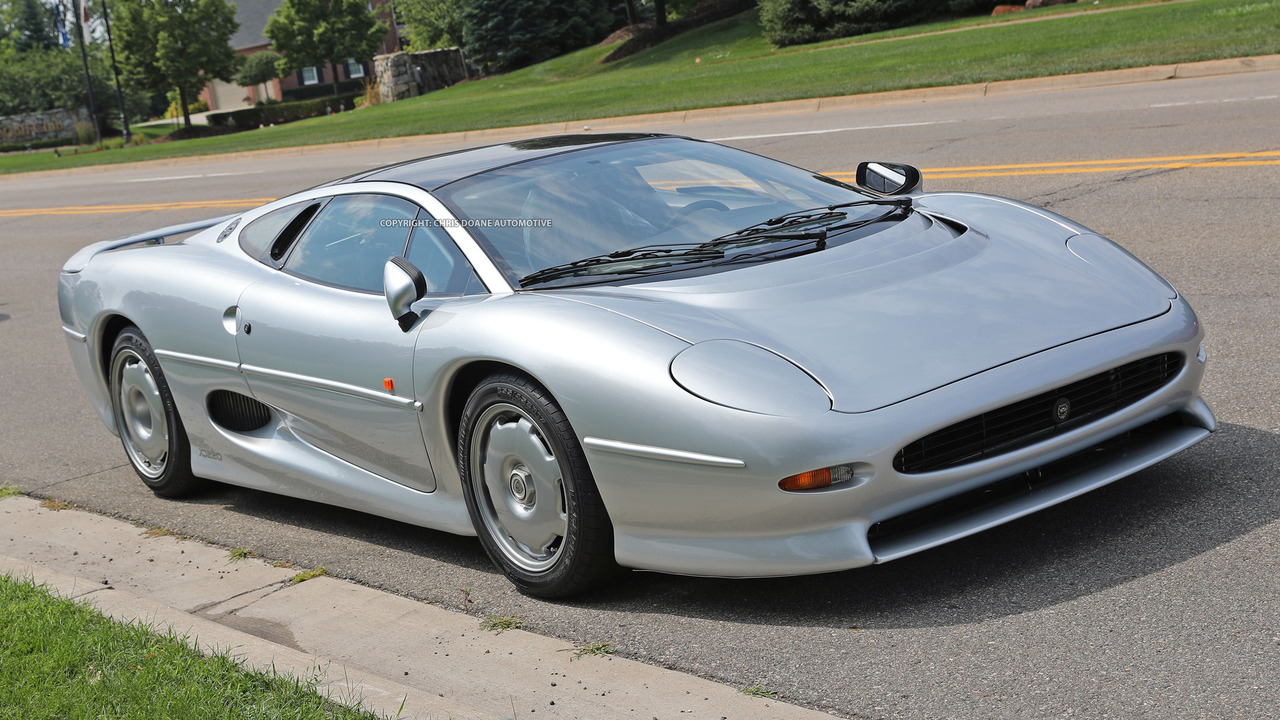 If money were no object, we’d take these beauties home.

The Concours d’Elegance of America, now in its 38th year, is an annual celebration of all that is beautiful, innovative, and timeless in automobile design. This year’s show, held last weekend at the Inn at St John’s in Plymouth, Michigan, was no different, hosting cars from all decades and countries imaginable.

The official best-in-show awards went to a 1937 Talbot-Lago T150CSS Coupe and a 1934 Packard 1108-65 Convertible Victoria. They’re both gorgeous and historically significant vehicles that exemplify the spirit of the show. The following, however, are the cars that the Motor1 editors would've gladly driven home from this year’s Concours d’Elegance of America. As you’ll see, our tastes are wildly varied.

This 1993 Jaguar XJ220 is the car I’d grab the keys to and drive back from from Detroit to Cleveland. I like speed, power, and all that hairy-chested macho stuff, but good design and practical luxury are important to me too. The XJ220 is all that and a bag of turbos. True, it can’t reach the top speed for which it was named – 220 miles per hour – but a terminal velocity of 217 mph should be enough to make that boring stretch of I-80 in Ohio go by a lot quicker. Also, I remember reading a magazine article when the XJ220 first arrived in the early ‘90s wherein the test driver remarked he finally had to turn down the stereo and concentrate after reaching 200 mph. That works for me; I’ll be the one being chased by cops across Ohio’s interstates with the Hamilton soundtrack blaring out my XJ220’s 23-year-old speakers.

I’m drawn to this BMW 3.0 CSL in part because of its fabulous Taiga Green Metallic paint color and gorgeous design, replete with chrome, black racing stripes, and period-correct wheels. I’d love nothing more than to cruise all over the Midwest with the 3.0-liter straight-six humming away. But my attraction to this BMW is not only because of how great it looks: the 3.0 CSL is a very uncommon machine. Only 1,265 were built by BMW’s Motorsports Division to satisfy homologation rules for BMW’s touring car racers. It was never officially sold in the U.S.

The “L” in the name stands for “leicht,” reflecting a massive diet. Compared to a regular 3.0 CS, the car shed about 400 pounds thanks to using thinner steel, many aluminum components, and by deleting soundproofing and other “unnecessary” trim. This car, incidentally, is an outstanding example. It’s a right-hand-drive model originally sold in the U.K., with only 65,000 miles on its odometer. Time for me to add a few thousand more, I think...

I have one thing to say to my fellow concours-cruising coworkers: Get the hell out of my way.

As a lover of all things G-Wagen, I’m naturally picking this Brabus G63 6x6 by Mil-Spec Automotive, with the sole plan of using it to do donuts on the concours lawn and then driving from bougie Plymouth back to gritty Detroit. The 6x6 was never officially sold in the U.S., but a few (like this one) have been imported, and it’s way up high on my bucket list of cars I have to drive at some point in my life. It’s big, black, loud, and brash – perhaps the least concours-spec vehicle in this gallery. Once I get it home, it probably won't fit in my driveway. But that's kind of why I love it.

Give me the keys to the bright yellow 1972 Lancia Stratos, please. The drive from Metro Detroit to be home in Northwestern Ohio is only around two hours on the interstate (even less in light traffic). However, this is probably my only chance to drive the rally-bred coupe, so I’m taking the scenic route. Southern Michigan and Northern Ohio unfortunately don’t have the undulating hills the Lancia would be perfect for. I imagine the experience would still be remarkable, though. The long, straight roads, which pass through countless little farm towns, would provide ample opportunities to row up and down the gears. I’d be sure to wind out the 2.4-liter V6 all the way to the redline to get the most out of the experience and pull into the driveway with a huge smile on my face.

I’m taking the keys of that beautiful red Porsche 911 GT3 RS. Wonder why?

Well, as much as I love all the amazing retro vehicles at the 38th Concours d’Elegance of America, we are not living in the 20th century anymore, right?

Don’t get me wrong – all the Jags, BMWs, Alfa Romeos, and literally all exhibited vehicles have historic importance and are simply gorgeous. But what I would really enjoy is actually driving a hot car every day, not just having it as a sort of art sculpture, living in my garage and seeing the sun once or twice per year.

The reason I’d take the keys for the 911 GT3 RS is that this car has a classic design, with big naturally aspirated, high-revving gasoline engine sending power to the rear wheels. Add a modern, finely-tuned seven-speed dual-clutch gearbox, and you’ve got everything you need for the perfect road and track warrior.

I’d ride home in the Delahaye 135 M because I’ve always wanted something that looks as if it’s about to dump a bunch of oil or tacks in order to make a speedy getaway. I envision myself barreling along with a monocle and an outrageously large cigar, cackling at the misfortune of some would-be hero as his car spins flips and ignites into a fiery blaze of doom. In all seriousness there’s something about the suicide doors, the prewar 1930s futurism, the fact that the headlights and the wheels are concealed, that really turns me on. Powering this thing is a French 4.0-liter inline-six designed for use in trucks, which seems as appropriate a pairing as a stereotypical villain mustache.

Who would have ever thought the Alfa Romeo Giulia Quadrifoglio would end up being the most affordable car to purchase? At around $70,000, it’s certainly not the cheapest car to own, but compared to the others on the list, it’s a bargain. To embark upon an extensive road trip covering 4,940 miles (7,951 kilometers) from Detroit to Craiova, Romania, I am going to need a practical car, so the Giulia Q sedan seems like the most sensible choice. The fact that it’s rear-wheel drive and packs a 505-hp punch is the icing on the cake and just makes the drive back home a bit more pleasant.

I can only assume there’s a certain special feeling one gets when driving a classic Lancia, considering I’ve yet to actually experience it for myself. Sure, the Stratos and Delta conjure up nostalgic memories of WRC victories past, but my personal favorite, the 037, is the one I’d be grabbing the keys to. It was the last rear-wheel-drive car to win the WRC, and did so with a supercharged four-cylinder engine and somewhere in the neighborhood of 300 hp, depending on how you spec it. This one showed up at the Concours D’Elegance of America in Michigan, but if I had my way, it would be making the long trek down to Florida with me. Mostly backroads, of course.

Full disclosure, my interest and knowledge in pre-war vehicles is a fairly new development. As a kid I was fixated with '50s and '60s vehicles and even owned a Jaguar E-Type as my first car. Interest in ornate, sloppy, lumbering antiques wasn’t really on my radar... until I first attended the Pebble Beach Concours d’Elegance. Pebble Beach attracts some of the most desirable pre-war vehicles in the world with rich history and provenance. So, after Jeff Perez and Chris Bruce stole the Lancias that I likely would have picked, I decided to go with this stunning 1934 Cadillac Victoria Convertible Coupe. This pre-war showpiece is a rare drop-top coupe with all kinds of aerodynamic moves, a massive V16 under the hood and just oozes power and class. I’d bet it would make the drive home to Miami without incident and look right at home in the Art Deco district.

Gallery: Concours d'Elegance of America: The cars we want to drive home