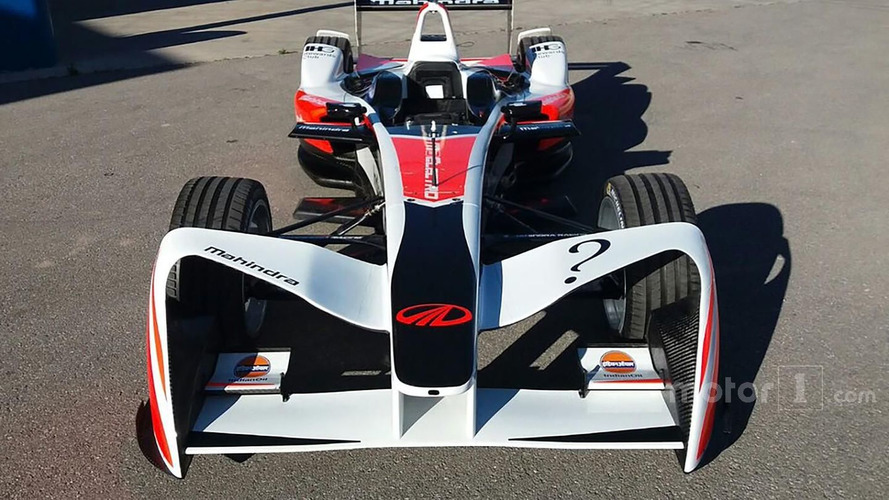 Formula E has officially unveiled its new-look front wing for season three, but some of the series' leading names are divided on whether it will boost car performance.

The new bodywork, which has been used by several teams during private testing, has been designed and manufactured by Spark, and was first run earlier this month.

“The front wing seems to be structurally much better than the old one because as we saw there were problems when bollards were hit at chicanes in some races,” said di Grassi.

“Aesthetically it looks great, but I don’t think there will be any gain on downforce.”

“The new tyre for me felt like it has similar grip but will last longer, so really I think these changes won’t make a big difference in lap time, but will help the racing for various reasons.”

DS Virgin’s Sam Bird tested the wing at the Guadix circuit in Spain last week, and his opinion differs from that of di Grassi.

“Personally, I think it has added a bit of downforce to the car,” Bird told Motorsport.com.

“We will need to do some adjustments to the rear wing to balance it all out, but personally I think there will be a small gain in performance.”

The new front section of the season three Formula E car has been designed mainly for cosmetic and structural purposes.

Leading industry aerodynamicist Steven Halsall, who has previously worked on LMP and single-seater cars for Lola, believes that any performance gain will be minimal.

“The effectiveness of the front wing is improved with its proximity to the track so moving higher up would not be the way to generate more downforce,” said Halsall.

“To generate efficient downforce from a wing, it should have a shaped cross-section to it. The new wing doesn't look to have much shape to it and it is more like a simple flat plate.

“You can generate downforce from a flat plate if it is inclined to the air flow, the same principle as increasing the angle of a wing to get more downforce.

"But again the new wing looks to be almost parallel to the flow, maybe a small angle of attack but not much.

Motorsport.com understands that if the new ‘aero-neutral’ wing does produce a little more front downforce, it may be enough for teams to trim off the front flaps slightly in order to re-balance the car.