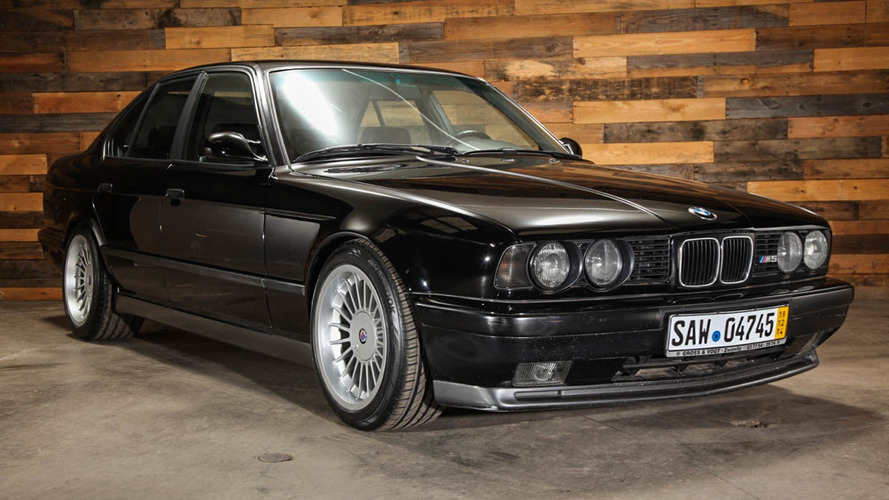 The E34 BMW M5 isn’t a car that was typically squirreled away in some storage facility accruing value.

Instead, most owners ran them ragged, because that’s what they were built to do. So it’s rare to find one in pristine condition; lucky for you, there’s one for sale online just begging to be driven.

Since this is an early production example from 1991, it has the 3.6-liter version of the hand-built S38 motor, which makes 311 horsepower and 266 lb-ft of torque. Would it be even more desirable with the later production 3.8-liter version making 335 horsepower? Of course, but trust me when I say the car feels plenty fast if you know what you’re doing.

This particular example wears deep Schwarz Black paint on the exterior, and a fine suit of leather inside. Unlike the M5 we got in the U.S., Euro specs were available with an extended leather package that covered just about everything in hide.

As is often the case with any E34 5 Series, the headliner is sagging in one spot, and the only other interior area that needs attention is a loose edge on the leather rear armrest. The exterior is said to have very few blemishes, most of which found on the front bumper.

One of the most eye-catching elements of this car, though, has to be the wheel/tire combo. New Hankook rubber has been fitted to the 9.5-inch front wheels, while the 10-inch rears wear tires with around 95 percent tread life left. The stance is perfect, just the right amount of sidewall filling the wheel wells, and the choice to go with Alpina Softline wheels is one that no one will argue with.

Smoked headlights, aftermarket side mirrors, a thick front strut brace, and performance exhaust comprised of an Alpina midsection and Eismann muffler make for tasteful modifications. The European gauge cluster has been swapped out for a U.S. one, but the original is included with the sale. That, and the service booklet full of stamps that also comes with the car, should alleviate any concerns about the validity of the stated mileage.

These cars are truly timeless, and can be enjoyed in so many different ways, whether as part of a collection, or as a daily driver. Hopefully the next custodian of this particular example realizes that this, being a low mileage example as it is, is an opportunity to create a lifetime of memories with a legendary vehicle in nearly new condition, instead of sitting on it as a long term investment.