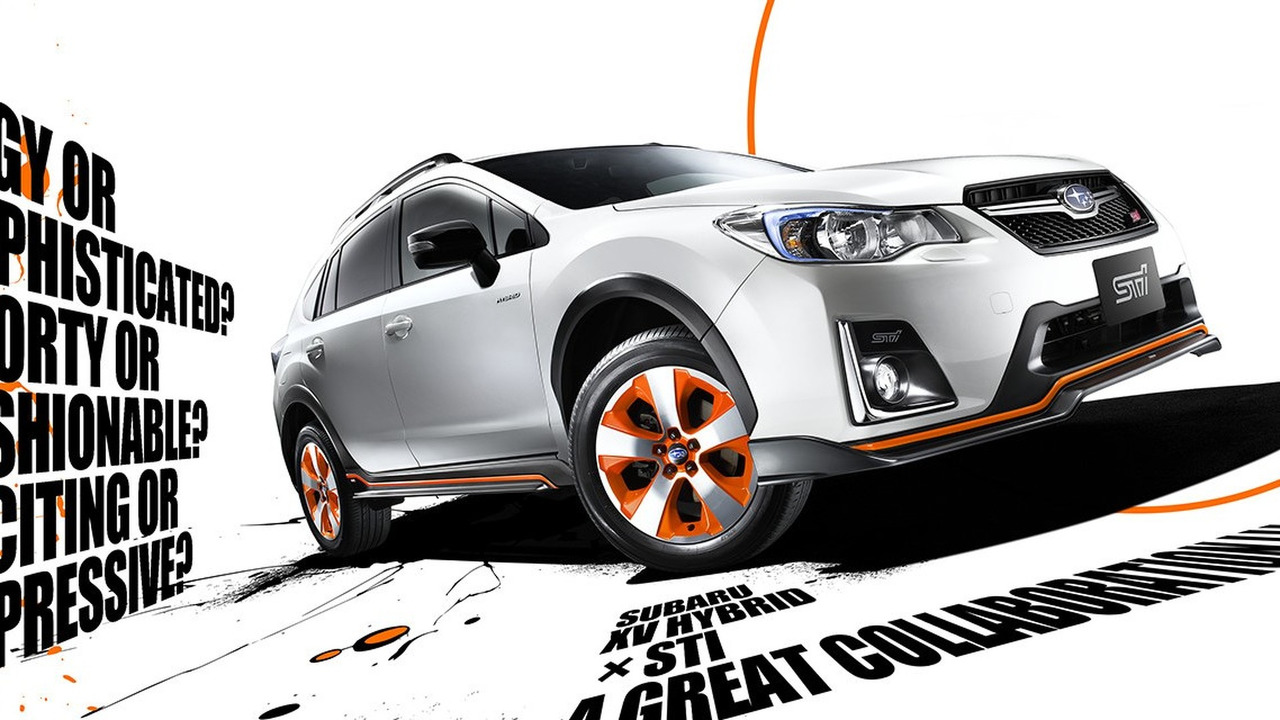 Both visual and mechanical upgrades, but there's no sign of a power bump.

Subaru buyers in Japan have it good. Not only do they get a Forester tS and a Levorg STI Sport, but there’s now a special version of the XV Hybrid fitted with an assortment of STI goodies. While the regular version of the high-riding model is not what you would call an exciting crossover, this new tS version adds some pizzaz with an STI-designed body kit lending the model a more aggressive appearance.

It’s the same story on the inside where the cabin has been subjected to a series of STI bits and pieces, such as the special side sill plates, body-hugging seats, and orange accents to match the exterior finish. To make the crossover a more compelling offer, Subaru Tecnica International installed a piano black/metallic instrument panel and covered the steering wheel and gear knob in leather with contrast stitching.

Besides cosmetics tweaks, the Subaru XV Hybrid tS also has a variety of mechanical upgrades, including STI-tuned front strut suspension and coil springs along with upgraded rear dampers and coil springs. In addition, the special edition will be offered with STI-designed front flexible tower bar and flexible draw stiffener.

The bad news is STI has not made any changes in the powertrain area, so the all-wheel-drive XV Hybrid tS is motivated by the same 2.0-liter horizontally-opposed boxer engine which churns 148 bhp (110 kW) and 145 lb-ft (196 Nm) of torque. The Lineartronic continuously variable transmission comes with an integrated electric motor generating an extra 13 bhp (9 kW) and 48 lb-ft (65 Nm).