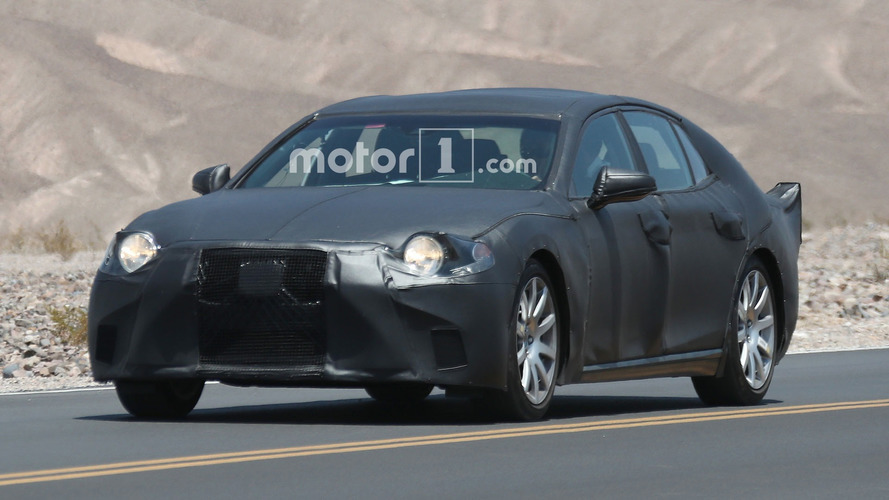 The flagship sedan would have a high-tech interior.

Our spies have caught the next-generation Lexus LS under heavy camouflage while testing in the desert. Don’t expect the production version of the Japanese brand’s flagship sedan to have massive round headlights and taillights on fins like this one, though. In the real world, styling should take significant cues from the sharp-edged LF-LC concept from last year’s Tokyo Motor Show.

The current LS is around a decade old and is in desperate need of a major upgrade to challenge modern competitors like the Mercedes-Benz S-Class, BMW 7 Series, and upcoming next-gen A8. However, the new Lexus’ angular shape will be bolder than its European adversaries, which will possibly lure buyers looking for something different. The future sedan will also feature “cool interior stuff,” according to one exec, which will possibly include a digital instrument panel and gesture controls.

The new LS will share a platform with the LC coupe. The rear-wheel-drive pair will also share the same V8 and hybrid V6 powertrains, and all-wheel drive will reportedly be optional on the sedan. Sometime between 2018 and the 2020 Olympics in Tokyo, Lexus will allegedly add a fuel cell version that will derive tech from the Toyota Mirai.

We’ll reportedly see the new LS debut in January at the North American International Auto Show in Detroit. Sales will start in summer 2017.