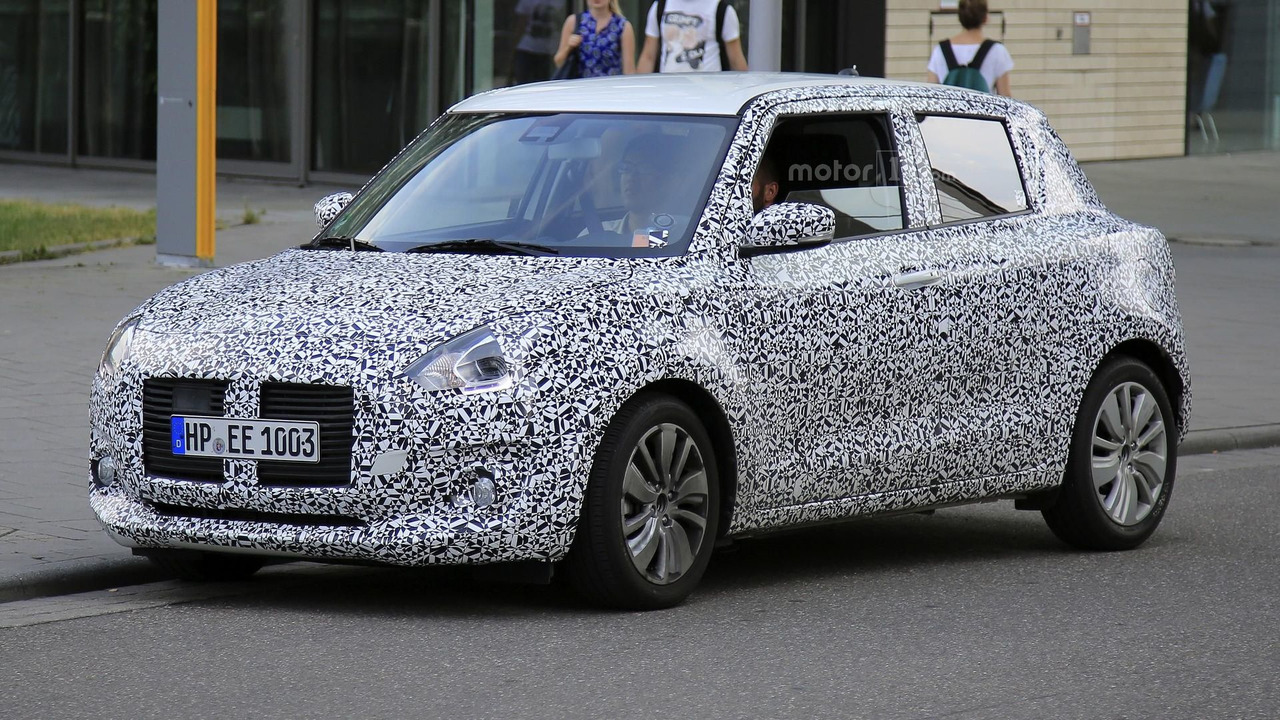 The fourth-gen supermini was spotted in Germany ahead of its reveal in the months to come.

We pretty much uncovered the 2017 Swift in March when several official images showing the standard version and the spicy Sport were displayed during a dealer presentation. About three weeks later, a near-production prototype wearing thick camouflage was seen undergoing testing on public roads. Now, the disguise is significantly less extensive, giving us a better chance to see the silhouette of Suzuki’s revamped Swift.

Much like the Renault Clio IV, the rear door handles sit high next to the C-pillar and we’re certain not all people will like that. Although you can’t see in the pics with the prototype because of the disguise, the one above from the dealer meeting shows Suzuki’s designers have decided to go with a so-called “floating roofline” look thanks to the blacked-out C-pillar.

As far as the interior is concerned, the above image shows a simple yet functional layout, with a touchscreen-based infotainment system sitting above the HVAC controls, power outlet, and USB & AUX ports. There’s also a three-spoke, flat-bottomed steering wheel which looks quite sporty and you’ll also notice the instrument cluster has two analog round gauges flanking a central LCD.

According to our sources, the new Suzuki Swift will be slightly shorter than the current model and a little bit wider. Power will likely come from a 90-hp, 1.2-liter naturally-aspirated gasoline engine for the regular model and a 140-hp 1.4-liter turbocharged unit for the punchier Swift Sport pictured below.

During that dealer meeting we mentioned in the beginning, Suzuki promised the new Swift will have a best-in-class fuel consumption. This is most likely a sign the supermini will also be available with an adaptation of the Baleno’s Smart Hybrid Vehicle by Suzuki (SHVS) mild-hybrid setup with a 1.2-liter DualJet engine featuring an Integrated Starter Generator (ISG). The latter is belt-driven and acts as a generator and as a starter motor, assisting the engine while the driver starts the car and also during acceleration. At the same time, it also generates electricity via regenerative braking and the energy is stored in a compact lithium-ion battery which in the case of the Baleno is installed underneath the front passenger seat.

We will have all the details and images in roughly two months from today taking into account Suzuki’s press conference at the Paris Motor Show will take place on September 29.