Bristol Bullet seen ahead of unveiling 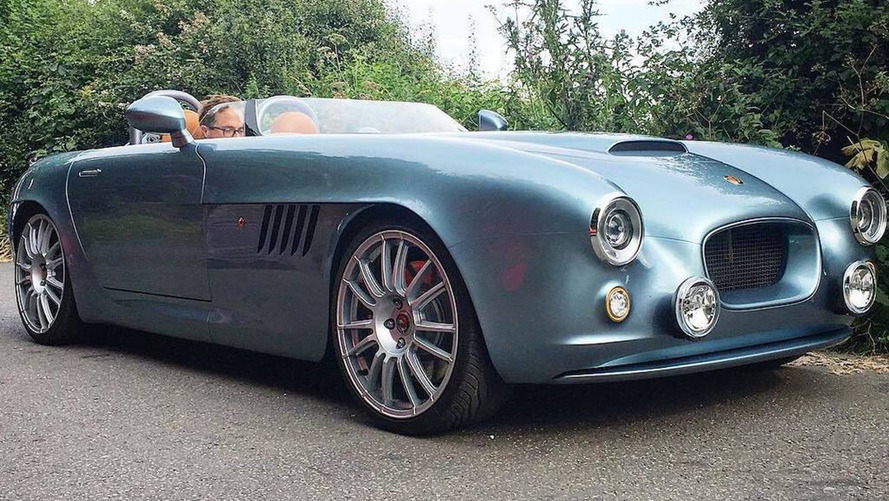 Retro-styled roadster will be powered by a BMW V8.

The first images of the Bristol Bullet have emerged ahead of the car’s official unveiling on July 26. The images were tweeted by Electric Blue.

The retro-styled roadster is the first new car from the historic British marque since the Fighter was discontinued in 2011. It was announced in 2014, codenamed Project Pinnacle; a 2015 launch was planned to coincide with Bristol Cars’ 70th anniversary. The Bullet is now expected to go on sale early in 2017.

The Bullet name was confirmed a few weeks ago, after a disguised prototype appeared at the Goodwood Festival of Speed. Though it was originally thought the Bullet would feature a hybrid powertrain, Bristol announced it would be powered by a 4.8-liter BMW V8, an engine that produces around 360 horsepower in standard form.

Though Bristol is most readily associated with Chrysler engines, having used them since 1961, early Bristols used a license-built version of the 2.0-liter straight-six from the legendary, pre-war BMW 328.

The Bullet’s styling is a feast of classic cues. The front is reminiscent of Bristols of the 1940s and 1950s, with a grille modelled on the characteristic shroud of the marque's aero engines. The rear, meanwhile, recalls racing speedsters. An Italian styling house was involved in the styling, but which one isn’t currently known.

We'll let you know more information as we get it tomorrow.