Hyundai i30 N spied testing in the desert 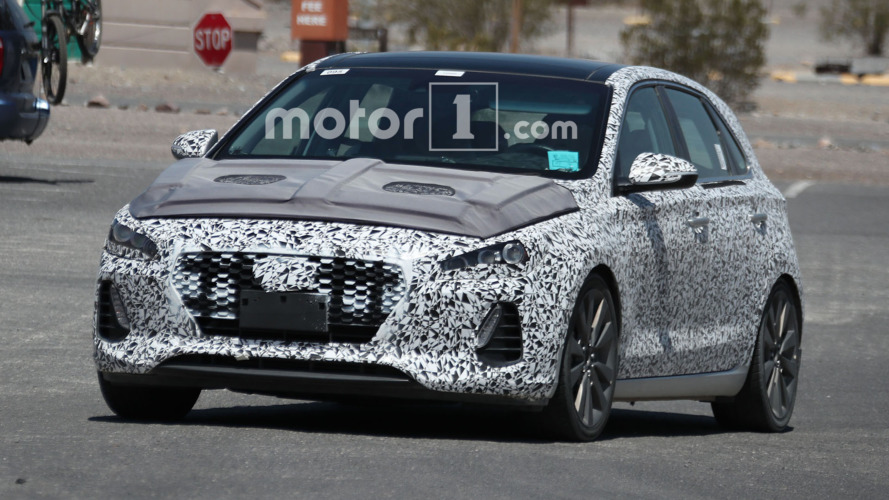 We often see the Hyundai i30 N testing at the Nürburgring, and this new batch of spy photos lets us see the hot hatch undergoing evaluation in the United States. These photos hint the model could be available in North America, possibly as the Elantra GT N.

The camouflage on this i30 N provides a better look at the hot hatch’s broad grille and narrow headlights. The large intakes at each corner, which also feature the turn signals, look especially aggressive, too. This one wears less camo at the back than some of the recent examples from Germany, and the model has a roof spoiler and pointed taillights back there.

The i30 N uses a 2.0-liter four-cylinder engine that spins the front wheels. Hyundai doesn’t disclose the output yet, but a company exec says it’s less than 300 horsepower.  A recent video demonstrates the powerplant’s fantastic sound with lots of pops and burbles. A six-speed manual gearbox would be available, but take a look inside this one to see an automatic with paddle shifters behind the steering wheel.

Hyundai bases the i30 N on the next-generation version of the hatch, which the company sells as the Elantra GT in the U.S. In addition to the more powerful engine, significant suspension and brake upgrades should help it challenge the Volkswagen GTI and Ford Focus ST. The N should arrive in Europe next year, but the arrival in the U.S. might not happen until 2018 because of different product launch schedules.

Gallery: Hyundai i30 N spied in the United States 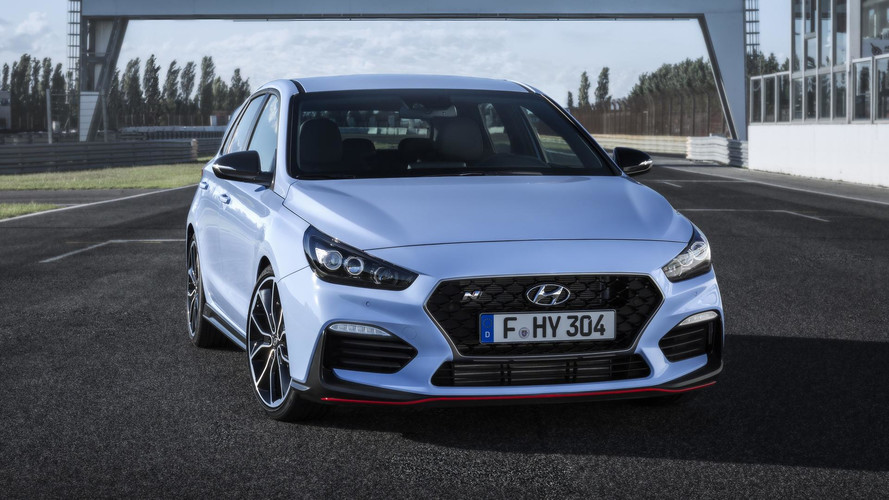