It's not surprising this house gets hit by cars so often 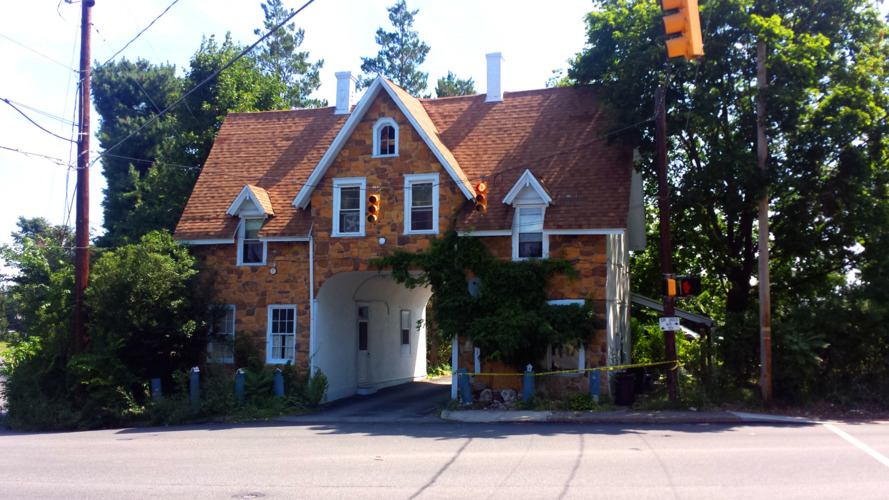 Because the road runs through it.

It’s not uncommon to see pictures of a vehicle that has crashed into a house, or some other building. It usually occurs when something happens on the road that sends the vehicle out of control and the building kind of gets in the way. But here’s a house that vehicles crash into because the road goes through it.

The house is owned by Redditer Drewbug, who gives its location only as “south central Pennsylvania”. He posted these images after a car embedded itself in his kitchen. As you can see, the house is situated on an intersection that at least four roads feed into, one of which goes through the ground floor of the house - it seems likely it was originally a gatehouse.

Drewbug doesn’t say where the one-track road goes, but it’s clearly used quite often by people who can’t judge the width and/or turning circle of their vehicle. He seems phlegmatic about the situation, posting to ask advice about the best bollards to get, rather than railing against the city council and the idiots that keep crashing into his home.

It isn’t clear how many times the house has been crashed into during Drewbug’s tenure there, but I can’t imagine the kitchen incident was the first time it had happened in the house’s history. I think I could chalk up once as an accident, twice as unfortunate, and three times as time to move. Four or five and it might just be best to knock the place down before a semi-truck does it for you.