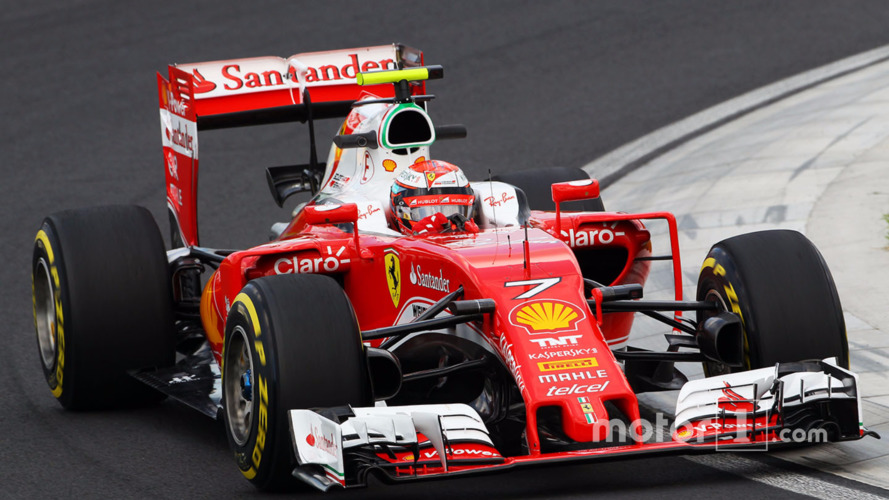 A disheartened Kimi Raikkonen has said that Formula 1 "must change" its approach to rule enforcement after several controversies during the Hungarian Grand Prix weekend.

Raikkonen was held to sixth by Max Verstappen in a battle that featured two near-crashes - with the Finn damaging his front wing against Verstappen's Red Bull RB12 at Turn 2 and, a few laps later, narrowly avoiding the Dutchman under braking at Turn 1.

And while Raikkonen initially spoke of his disappointment that Verstappen's defending did not yield a penalty, the former F1 champion soon segued into speaking out against F1's recent approach to rules as a whole.

Raikkonen said: "There's rules but obviously this weekend it's been [questionable] - not just talking about the incidents between me and Max - but in many ways, and yesterday.

"Why do we have rules if stewards can decide 'it's okay here, it's not okay here'? Pointless to have any rules if they don't apply all the time, for all the people."

The Ferrari driver then criticised Saturday's decision to allow five cars - among them Verstappen and teammate Daniel Ricciardo - to take the start in their qualifying positions, after the FIA opted not to demote the respective drivers down the order to falling below the 107 percent mark in Q1.

"A good example yesterday in qualifying, you have the 107 percent rule and the people who didn't go through first qualifying, they [the stewards] apply it for those cars but not for the rest.

"How can you suddenly have the same rule in same qualifying applied two different ways? If somebody can explain how that works...

"But that's F1 these days, and something must change. It just looks bad to people outside, to you guys, and it's not fair. There's a rule, it should apply exactly the same way every time to everybody."

Speaking about the Verstappen battle specifically, Raikkonen reiterated his belief that the Dutchman overstepped the line in defending position.

Elaborating on the first incident, he said: "For me, he moved once right, I decided to go left but once the other guy moves back, I did everything I could to avoid any contact.

"Once I decided to go somewhere, you cannot just come there - it is good that I managed to somehow half-miss him."

Talking about the latter move - when Raikkonen locked up round the outside of Turn 1 to avoid contact - the Finn said: "It was a bit of a similar story, that second thing - obviously I made a move and once I decided to go, it's very hard to back off and try to avoid the other car, once the other car started to move after me.

"But obviously, like I said, the stewards - or the people who decide how things go here, the stewards and some other guys - in many ways, it's a joke with the rules, you know?"