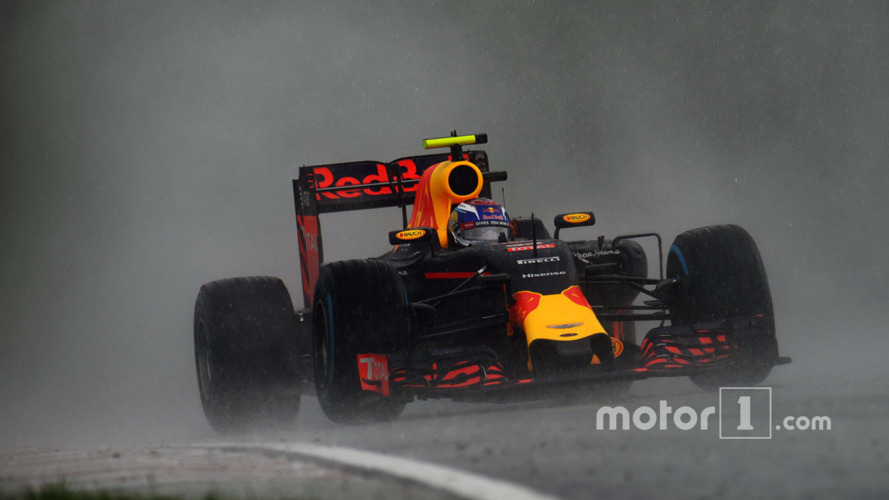 Red Bull, Force India and Williams have kept their grid positions for the Hungarian Grand Prix following an investigation by stewards into their Q1 times.

The places of the five drivers involved – Daniel Ricciardo, Max Verstappen, Nico Hulkenberg, Valtteri Bottas and Sergio Perez – had been investigated by the stewards because they had not set a time within 107 percent of the fastest time in Q1.

But following lengthy deliberation by the stewards it was decided that not only would they be allowed to start, but that they would keep their original grid slots.

Stewards decided that: “due to the exceptional circumstances experienced during qualifying, that Article 35.2 a) iii should take precedence over Article 35.1 of the sporting regulations” and the Q3 times for those cars all stand.

Under Article 17.2 of F1's Sporting Regulations, teams cannot appeal decisions taken by stewards relating to Article 35.1 – so the matter is now closed.

What the rules say

The issue came up because Article 35.1 of F1's Sporting Regulations states that drivers that did not set a fast enough time in Q1 will not be allowed to start the race.

In Q1 in Hungary, the changing conditions meant the bottom 11 drivers all fell outside of Q1 – with the five drivers involved making it through to the second session.

The regulation says: "During Q1, any driver whose best qualifying lap exceeds 107 percent of the fastest time set during that session, or who fails to set a time, will not be allowed to take part in the race. Under exceptional circumstances however, which may include setting a suitable lap time in a free practice session, the stewards may permit the car to start the race.

"Any driver accepted in this manner will be placed at the back of the starting grid after any other penalties have been applied.

"Should there be more than one driver accepted in this manner they will be arranged on the grid in the order they were classified in P3."

It is understood that representative from the teams involved lobbied the FIA to state that they should be allowed to start – as a subsequent rule claims that the grid should be made up of those drivers who took part in Q3.