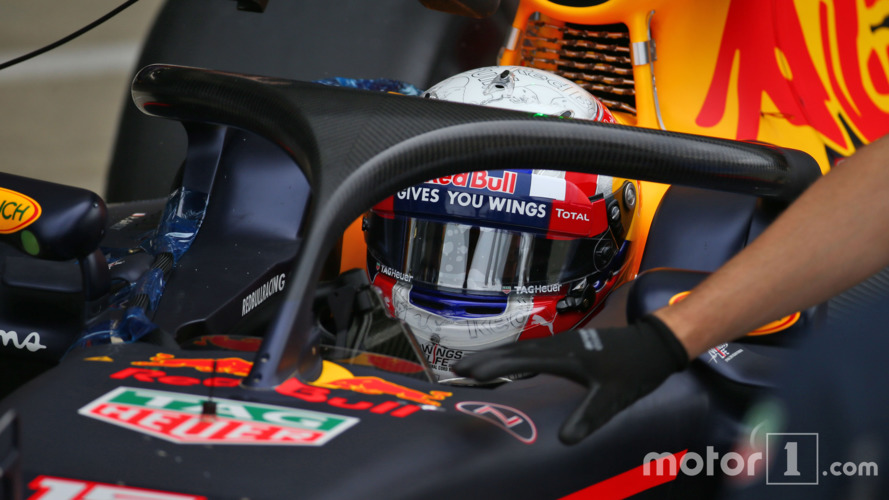 Formula 1 drivers were given a Halo cockpit protection system presentation by the FIA on Friday that included “shocking" images, ahead of key team talks next week.

With teams already developing their 2017 cars, the FIA is keen to get the Halo approved and finalise its design.

The presentation at the Hungaroring gave the drivers – the people who will be most affected by it – an opportunity to air their views, following a similar event in Austin last year.

Race director Charlie Whiting, safety director Laurent Mekies and long-time safety consultant Andy Mellor conducted the presentation, in which they showed examples of past accidents in F1, GP2 and GP3, and detailed how the Halo would have behaved.

They answered questions from drivers about different types of accidents, and also discussed visibility issues, such as how it might impact the driver's view on an undulating track like Spa.

Crucially, the presentation also included video of tests with the Red Bull-developed Aeroscreen, included an explanation of why the FIA has concluded that the Halo is a better solution.

Sources suggest that the overall presentation made a big impression on the drivers, but they remain split about the Halo's future, with some still considering that completely open cockpits are part of the sport's DNA.

"I think after the slide they showed us today and the images, they are quite shocking," said Toro Rosso's Carlos Sainz.

"You can see what it does and how many lives it could have saved.

"The drivers, even if we hate it and we know it's not the DNA of our sport, when you look at it it actually makes sense.

Sainz's teammate Daniil Kvyat added: "The arguments they gave us regarding safety were strong. They gave us cases of when the wheel comes off, when you do this or do that. Obviously if you really want we can make F1 completely sterile and completely safe – but the question mark is where we need to stop.

"I don't know if it is already a step too far or we have just reached the borderline with the Halo. I might be playing with the devil and I have said many times that when I come to the race track, I know that it might be my last day in the office.

"It looks like now, it is a bit fading away. I am not trying to be a hero or anything but in the end we are also racing for other people and in the end F1 is a show. But that is why it is so popular."

Sainz added: "I think it's very clear it saves lives, I'm 100 percent sure. Aesthetically no one likes it, so we need to balance how much is worth it to save a life per five or 10 years against how bad the repercussion against Formula 1 is.

"I think the voting will start soon and everybody will put their hands up in favour or against, but the FIA will do all they can to provide with an item that actually works pretty well in many situations."

The next step for the Halo is next week's meeting of the Strategy Group, where F1's top teams will discuss it merits ahead of a likely introduction in 2017.

It could then be put to a vote that would take it to the F1 Commission - although it would need unanimous support at both stages.

It is understood that one driver questioned in the FIA presentation as to why the Halo was going to be decided by teams - when it was a clear safety matter for drivers.

If the Strategy Group or F1 Commission blocks its introduction, the FIA could still decide to force it through on safety grounds.