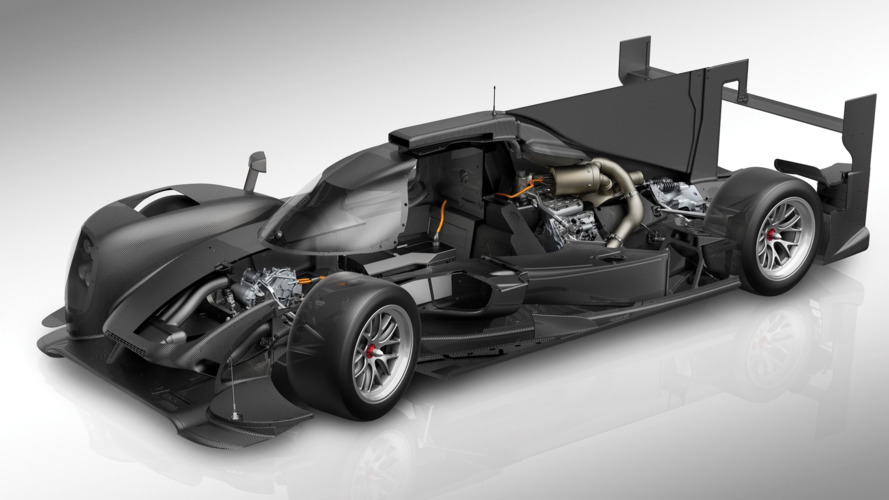 It's quite complicated, yet rather elegant.

Following on from its second consecutive victory in the Le Mans 24 Hours, Porsche has revealed some of the secrets of its 919 Hybrid LMP1 machines.

At the heart of the beast are two power sources: a highly advanced, 2.0-liter, turbocharged V4 engine, and an 800-volt electrical system.

The electrical system uses kinetic energy recovered from braking and from the exhaust. That energy is fed into a centrally-mounted lithium-ion battery pack that, in turn, power an electric motor mounted on the front axle.

The driver chooses when to release the electrical energy via a button on the steering wheel, receiving a boost of 400 horsepower. Add in the 500 HP produced by the combustion engine, fed to the rear wheels, a total of 900 HP is on tap.

LMP1 regulations allow a maximum of 2.2 kilowatt hours, or 8 megajoules. Porsche was the first team to use that much power in 2015 and has been joined by Toyota this season. Audi still operates in the 6 megajoule class.

According to Porsche, lessons learned from the 919 will be applied to the upcoming Mission E electric car, which will also use an 800-volt electrical system.

After claiming wins at Silverstone and Le Mans, the #2 Porsche of Marc Lieb, Neel Jani, and Romain Dumas leads the World Endurance Championship points. The championship resumes this weekend at the Nurbugring, where Lieb headed the first practice session.