Next-gen Alpina B5 is already testing under future 5 Series 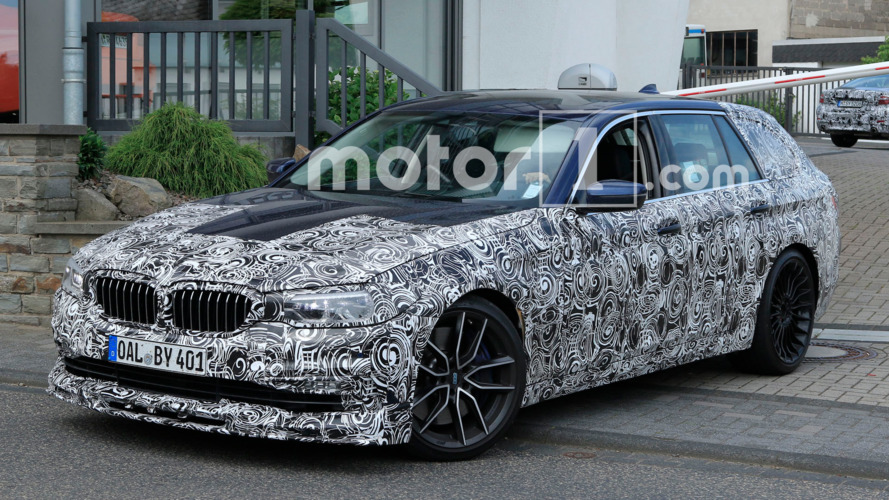 The lighter platform could provide even better performance from the current powertrains.

The tuning firm Alpina and BMW have a very close relationship, and the two companies are so cozy they even share pre-release vehicles. New spy shots show Alpina’s work developing the next-gen 5 Series into the future B5.

Compared to previously spied examples of the future 5 Series, the Alpina wears a slightly different front fascia. The dual exhausts at each corner in the back appear to be a new design, too. Otherwise, this sedan and wagon are similar to the ones BMW is testing. Buyers can eventually expect to see the tuning firm's famous multi-spoke wheels and iconic stripes down the side. While we can't see the interior in these photos, customers would likely find higher quality leather and upgraded trim.

Under the hood, we expect Alpina to stick with its biturbo 4.4-liter V8 with 600 horsepower (441 kilowatts) in the B5 and a biturbo 3.0-liter diesel inline six with 350 hp (257 kW) in the D5. While these engines are the same, the lighter platform for the next 5 Series should make the new Alpinas a little quicker. The current B5 can get to 62 miles per hour (100 kilometers per hour) in 4.2 seconds.

The new 5 Series could debut as soon as the Paris Motor Show in October and be on sale in 2017. These spy shots suggest Alpina's upgraded versions should be ready at the same time.