Porsche Carrera GT with only 152 miles up for auction 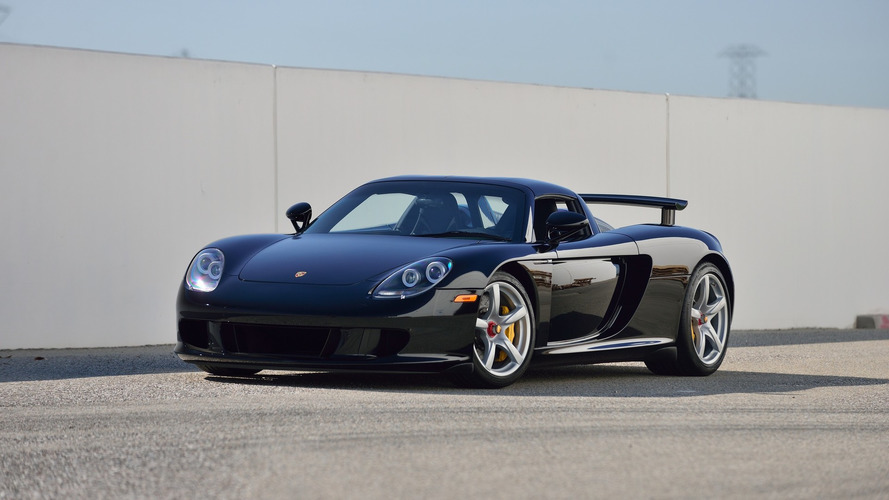 The sold-out 918 Spyder is quicker and more technologically advanced than its predecessor, the Carrera GT, but many people still consider the latter to be the more desirable car, including this writer here. Paint it in black like this one up for grabs at Mecum Auctions, and it’s just perfect. The only problem is, the Carrera GT costs a small fortune nowadays, especially this particular car with only 152 original miles and in top-notch condition. Case in point, the auction house estimates it will fetch $1.1M to $1.4M at the Monterey auction in August.

The 2005MY featured here is one of the 1,270 GTs made by Porsche during the model’s production run from 2004 to 2007. Wearing a Basalt Black paint with a Dark Grey interior, the Carrera GT looks like it just came out of the Leipzig assembly line in Germany, albeit minor wear is noticeable on the upholstery. It’s not really important when the supercar is rocking a 5.7-liter V10 engine pushing out 612 horsepower (450 kilowatts) and 435 pound-feet (590 newton-meters) of torque delivered to those forged magnesium wheels via a six-speed manual transmission.

As you would expect from what used to be a flagship Porsche, performance is stellar, even though the car is more than a decade old. The Carrera GT catapults to 60 mph (96 kph) in just three and a half seconds and tops out at 205 mph (330 kph). It offers some amazing open-top thrills once you take off the carbon fiber roof panels while the naturally-aspirated engine sounds glorious, especially as it approaches the 8,400 rpm redline.

If the car will go under the hammer, hopefully the new owner will use it as it was meant to rather than acquire the Carrera GT purely as an investment, knowing its value will only go up with time if kept in pristine condition like it’s now.