2018 Audi A5 Cabrio basks in the Spanish sun 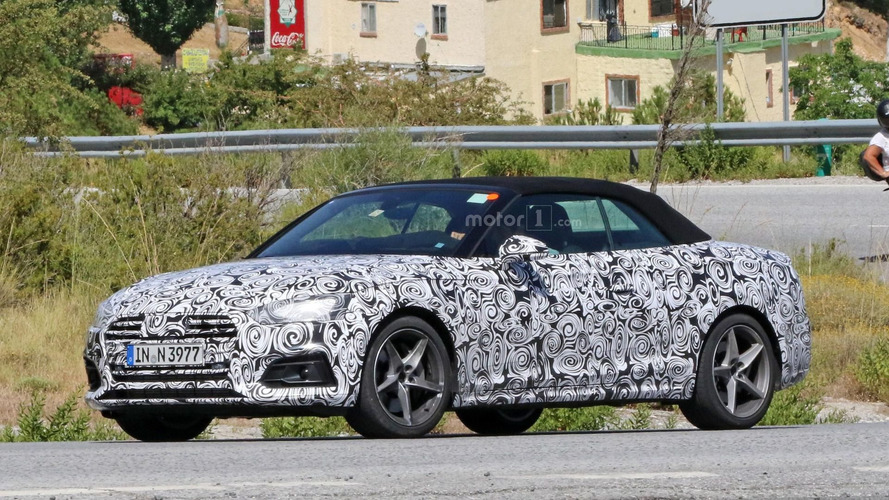 Audi keeps a full body camouflage on this prototype, but we all know what’s hiding underneath the swirly disguise.

With the new A5, Audi’s designers found a way to make the premium coupe even prettier than its predecessor and we are expecting the same thing to happen to its soft-top counterpart. Seen here is a prototype of the cabriolet wearing the production body while conducting hot-weather testing in sunny Spain. The psychedelic livery applied by the folks from Ingolstadt on the car is not hiding any secrets since the design will essentially be carried over from the coupe, with the obvious exception of the roof.

As seen in the 2017 A5/S5 Coupe, the convertible is going to make the switch to the MLB Evo architecture which will bring a considerable weight loss. The fixed-roof model lost as much as 132.3 pounds (60 kilograms), so expect a similar diet for the cabrio which will be faster and more efficient than the outgoing car. As a matter of fact, Audi says the A5 Coupe has up to 17 percent more performance than the old one and is as much as 22 percent more frugal, so the fabric-roofed version will likely mirror these improvements.

Since we mentioned performance, there’s obviously going to be an S5 version from day one which will make use of the newly developed turbocharged 3.0-liter six-cylinder engine. The company with the four-ring logo says the new unit is “in a league of its own” and is rated at 354 horsepower (260 kilowatts). The coupe sprints to 62 mph (100 kph) in 4.7 seconds, but the cabrio will likely be a tad slower because of the weight penalty.

Expect to see the Audi A5 drop its top this October at the Paris Motor Show and go on sale towards the end of the year or early 2017. We are frankly more anxious to see the Sportback which should turn out to be one sexy four-door coupe and in S5 guise will be quite the stunner. Oh, and there’s also that rumor about an RS5 Sportback which hopefully will materialize. 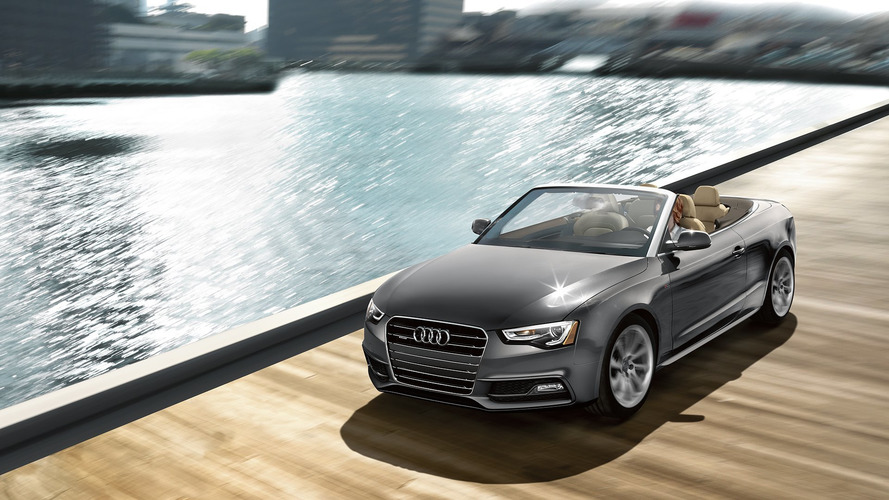