Chevrolet Colorado ZR2 looks right at home in the desert 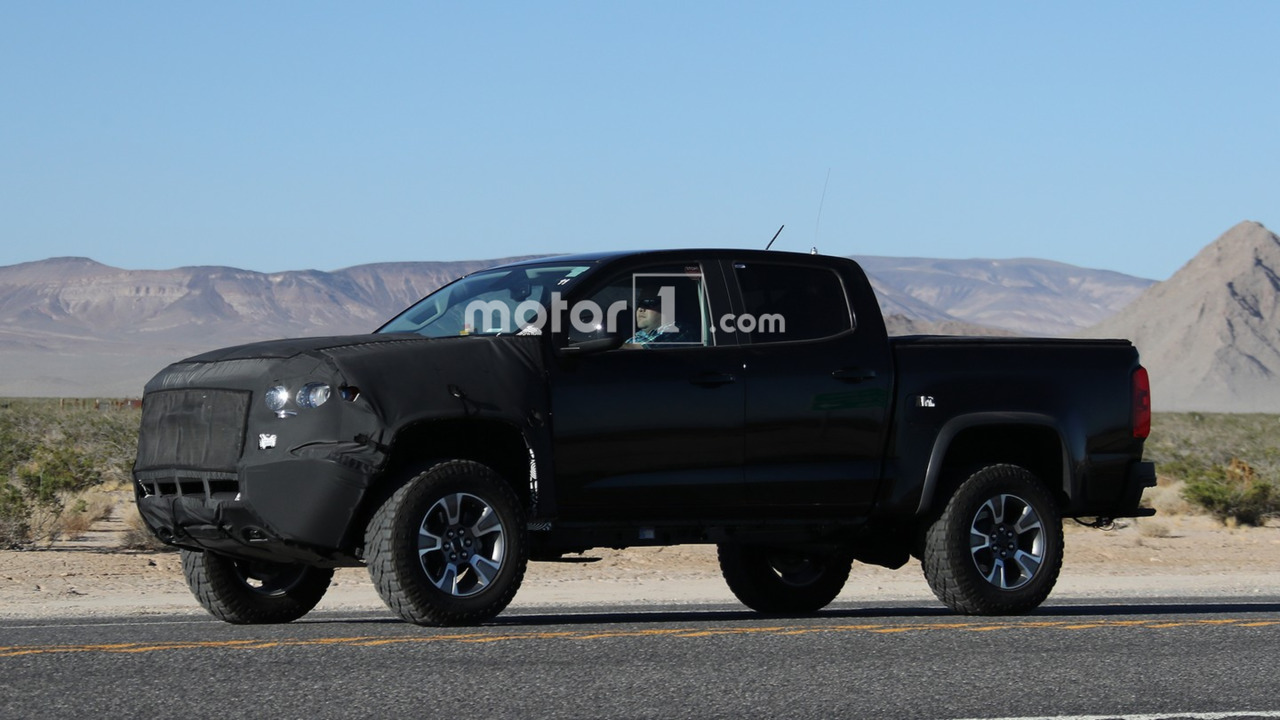 Could be introduced later this year.

The Chevrolet Colorado ZR2 has been spied undergoing hot weather testing in the southwestern United States.

Previewed by the rugged Colorado ZR2 concept, the production model is a crew cab pickup which has been equipped with an aggressive front fascia and what appears to be a large skid plate.  The truck also has an increased ride height, tow hooks, and five-spoke alloy wheels with off-road tires.

The interior will largely carryover but there could be minor modifications including a revised instrument cluster, ZR2 badging, and embroidered headrests.

Under the hood, two different engines will likely be available.  The 3.6-liter V6 should produce 305 horsepower and 269 pound-feet of torque, while the optional 2.8-liter Duramax turbodiesel will develop 181 hp and 369 lb-ft of torque.  The engines will likely be connected to a six-speed automatic transmission and a standard four-wheel drive system.

Chevrolet has been tight-lipped about the model but the concept had an off-road focused suspension with new front control arms, mono-tube coilover shock absorbers, and electronic-locking front and rear differentials. It remains to be which modifications will carryover to the production model but we wouldn't be surprised if the electronic-locking front differential doesn't make the cut.