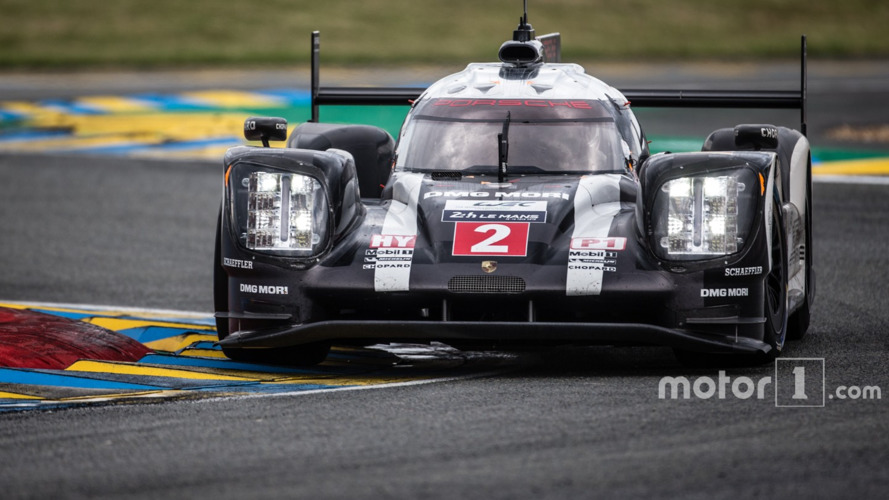 Porsche has confirmed it will debut its third different aero kit of the FIA World Endurance Championship season for this weekend's 6 Hours of Nurburgring.

WEC rules allow the LMP1 manufacturer teams to homologate three different aero kits for use over the course of the year.

Porsche ran its pair of 919 Hybrid machines with a medium-downforce configuration for the first two races of the year at Silverstone and Spa, before switching to a low-downforce version for the Le Mans 24 Hours, where it took victory with the #2 car of Romain Dumas, Marc Lieb and Neel Jani.

Now the German manufacturer will roll out its high-downforce kit for the fourth round of the season at the Nurburgring, having tested it extensively at the Barcelona track.

Chief engineer Pascal Zurlinden said that the team completed 2,927km in the four-day test, during which there were "no noteworthy technical issues."

Porsche team principal Andreas Seidl added: "Even during the intense time before and during Le Mans, the Weissach based development team was relentlessly working and finalised this year’s third aerodynamic package for high downforce.

"After a convincing four-day test in Barcelona, we have decided to run it at the Nurburgring. The data from the test, as well as the feedback from Romain Dumas, Marc Lieb, Brendon Hartley and Mark Webber, was promising.

"The majority of the modifications are covered by the bodywork, while the new look of the car’s front is obvious. We are well aware of the strong competition and ready to attack.”

The #2 Porsche trio of Dumas, Lieb and Jani arrive at the Nurburgring with a command points lead in the WEC standings thanks to their Le Mans triumph, holding a 39 point lead over nearest rivals Lucas di Grassi, Loic Duval and Oliver Jarvis in the #8 Audi.

By contrast, the #1 crew of defending champions Webber, Hartley and Timo Bernhard arrive at the Eifel track with just 3.5 points to their credit, 90.5 adrift of their teammates in the #2 car.

At the scene of their victory that kickstarted their championship challenge last year, all three are aware that a strong result at the Nurburgring will be crucial to their hopes of fighting for the title.

"The season has not gone to plan for our number 1 car so far," admitted Hartley. "But our goal is to spray champagne an the weekend. Nurburgring marked our first win together in the WEC and it’s a track that we all enjoy.

Webber added: "It’s not been the best season for us so far in terms of results, however, we’ve been in very good form with good pace and Timo, Brendon and I have been driving well.

"It would be nice to get a good result at Porsche’s home race.”