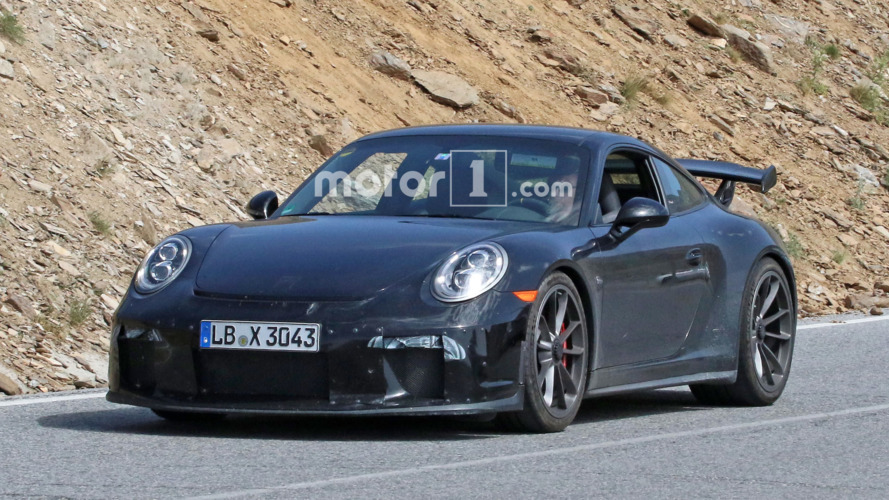 It likely shares the six-speed manual with the 911 R.

The updated design from the refreshed Porsche 911 continues to proliferate through the lineup, and new spy shots show the tweaked GT3 with a welcome addition to the cabin. A cover on the center console practically confirms rumors of a manual gearbox returning to the equipment list. The current GT3 is only available with Porsche’s PDK dual-clutch transmission, and it would continue to be an option on the revised sports coupe.

According to our spies, they saw several 911 GT3 test cars, and most of them were clearly equipped with PDK. This one was clearly different because of the cover on the console and lack of paddles behind the steering wheel. The most logical thing to hide would be the gearshift. We expect this is likely the six-speed from the 911 R, rather than the seven-speed on the Carrera models.

This test car still wears some light camouflage. However, a recent leak from the configurator on Porsche’s Dutch Website might have already spilled the beans about the refreshed model’s updated design. The 3D model had a revised front fascia with narrower LED running lights. The rear featured redesigned taillights.

The refreshed GT3 likely retains the current 3.8-liter flat six. Power may increase marginally from the current 475 horsepower (349 kilowatts) and 325 pound-feet of torque (440 Newton-meters), though. The present powerplant rockets the coupe to 60 miles per hour in 3.3 seconds and a top speed of 195, which are already impressive figures.