Koenigsegg One:1 crashes on the Nürburgring 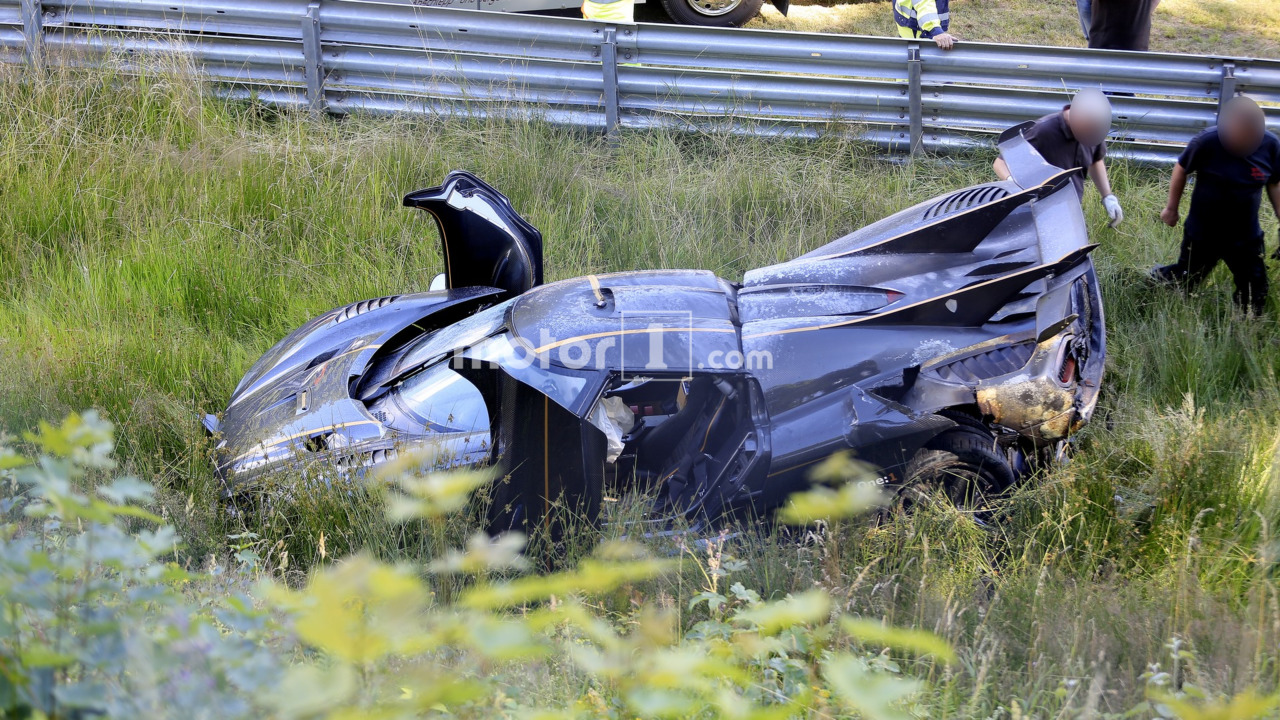 Car is one of seven that was built.

A Koenigsegg One:1 has been involved in a serious accident on the Nürburgring.

Details are limited at this point but spy photographers said the car was approaching a "tricky S-bend at the entrance of the Adenauer Forst" when the driver lost control, hitting a retaining wall, and flew into the grass alongside the track.  The crash caused a significant amount of damage as the front bumper was torn off, the wheels were cracked, and the windshield was shattered.  The rear end was also damaged it appears that a small fire might have broken out as there's charring on the rear bumper.

There's no word on the condition of the driver but Koenigsegg posted a message on Facebook earlier today saying the company has returned to the Nürburgring to conduct some testing on the One:1.

The One:1 was introduced two years ago and a total of seven units - including one prototype - were built.  Named after its horsepower to kilogram weight ratio of 1:1, the model is billed as the world´s first Megacar as it has a biturbo 5.0-liter V8 engine that produces one megawatt of power.  This enables the car to accelerate from 0-248 miles per hour in approximately 20 seconds.

Koenigsegg has confirmed the One:1 has been involved in a crash and the driver was taken to a hospital per standard procedures.  The driver was released a short time later so they appeared to have escaped the crash relatively unharmed.

The company went on to say it was testing the model in an attempt to set a Nürburgring lap record in the future and the "incident is confirmation of just how difficult it is to drive at this level on the world’s ultimate proving ground." Koenigsegg added, "Obviously we are dismayed with this development but pleased that our safety systems worked as designed to protect our driver."