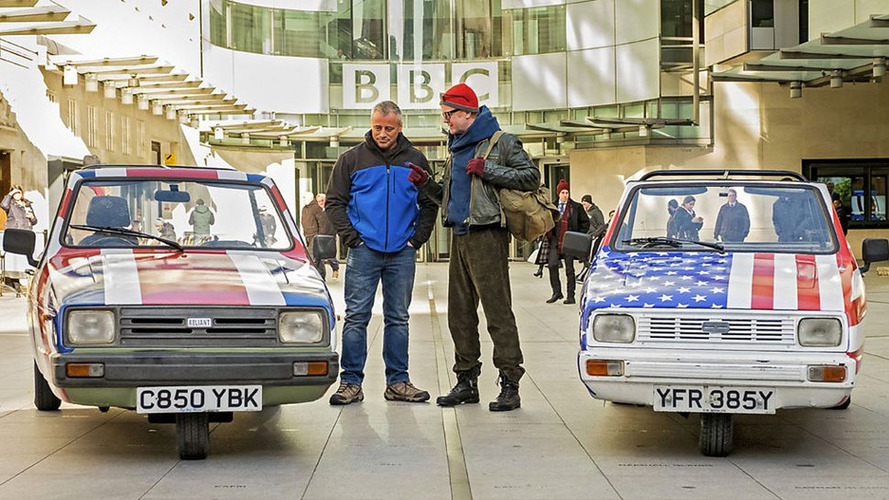 Evans calls his time on the show "a complete honor, privilege, and a pleasure."

Following his departure from Top Gear and an investigation on an alleged sexual assault,Chris Evans has been quiet. Rather than resorting to Twitter – Evans focused his only two tweets since his TG announcement on tennis – the now-former host turned to a column in The Daily Mail.

Click over, ignore the lovely Mercedes-Benz S-Class Cabriolet that Evans is reviewing, and instead pay attention to the classy and respectful remarks about his time on the show. Evans called his brief, six-episode tenure "a complete honor, privilege, and a pleasure," while insisting he really tried his best.

"It seems I may well have been a square peg in a round hole," Evans wrote. "Which is fine if you keep on hammering it in, but the moment you leave it to do its own thing, the universe will quite rightly pop it back out again. I think the phrase is 'not meant to be'."

"May I just take a few lines to assure you what a total mensch and extreme petrolhead Matt LeBlanc is. For me, he is the man. He is the captain Top Gear truly needs going forward, the perfect torso for the rest of TG's limbs," Evans says. "Not only does he eat, sleep, breathe, and dream engines, propshafts, and trail-braking, but the overwhelming quality that struck me about him is that he's just such a pro."

"The whole time I worked with him, he never once looked at the clock, was never late on set, knew his lines inside out and back to front, and, most importantly on such an intense production, he always had time for everyone, especially the crew."

Evans ends his piece – after reviewing the S-Class, of course – with a clever post script:

"I am entirely sad Top Gear didn't work out – I would have loved to have carried on working on it," the former host wrote. "But letting go with a smile on your face is far better than clinging on till you look constipated. Know what I mean?"