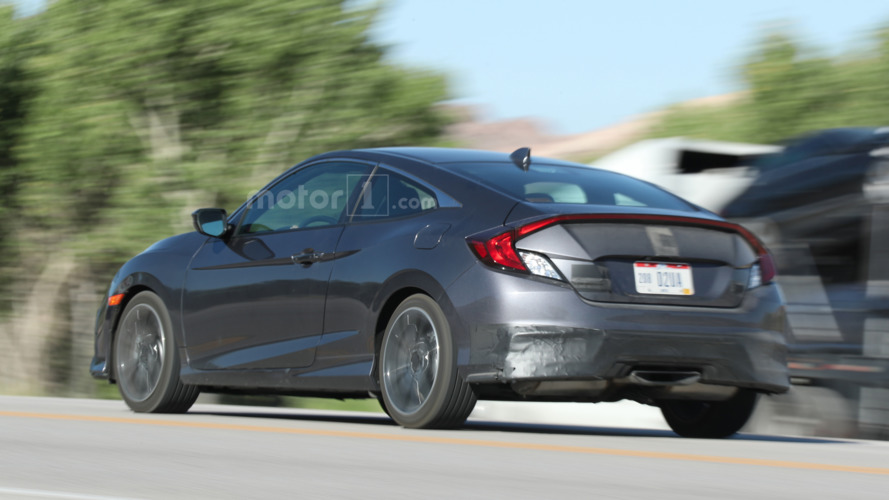 We already love driving 158-horsepower versions of the Honda Civic Coupe, so you can imagine how eager we are to see the company’s next Si version. These spy shots whet our appetite a little bit, revealing that the forthcoming Civic Si Coupe will have many of the sporty accents we saw on the Civic concept shown at last year’s New York auto show.

The most prominent boy-racer touch is a center-exist exhaust, with a parallelogram shape that matches that of the show car. The rear fascia has taped-off openings that might mirror the concept’s racy-but-artificial vents, too, and we’re suspecting the badge beneath the camo tape on the trunklid has those magical red letters, “Si.”

While this prototype lacks the big rear wing of the Civic concept, up front it does wear a new fascia with what appear to be enlarged air intakes. These, again, draw inspiration from the concept, and on the production car will be key to feeding air to the turbocharged powertrain.

Though official details still have yet to be confirmed, sources suggest the 2017 Honda Civic Si will pack a detuned version of the 2.0-liter turbo-four engine from the big-brother Type R. About 230 hp should be on tap, reports say, with a manual transmission the only gearbox choice. That power rating slots the Civic Si up nicely against the likes of the Volkswagen Golf GTI, Ford Focus ST, and Mini Cooper John Cooper Works. Chassis and braking upgrades are also expected for the Civic Si, though those aren’t readily apparent from this test car.

It’s still unknown when exactly we’ll see the Civic Si. Honda is also planning to launch a Civic hatchback in the U.S., and plans to bring the fire-breathing Type R to our shores, so there’s plenty more excitement for Honda fans due in the coming months. For now, take an up-close look at this Si Coupe prototype in the photo gallery below. 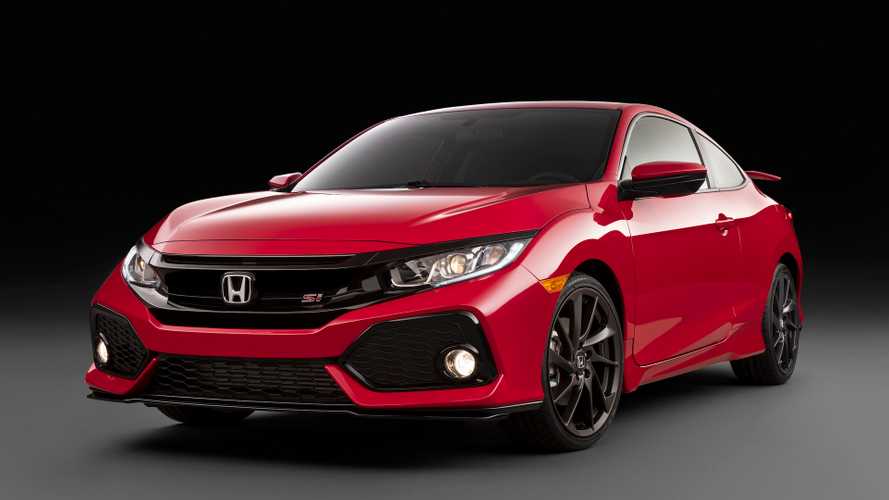