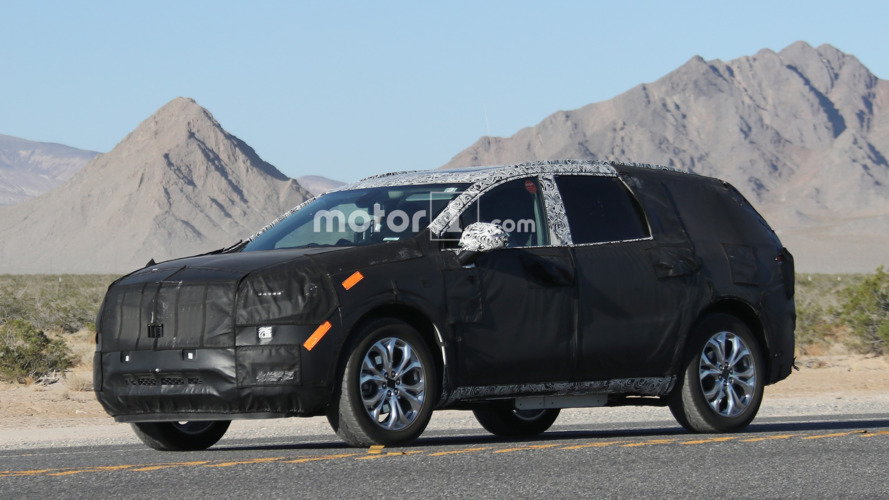 Promises to be lighter and more upscale than its predecessor.

The Buick Enclave has been a cornerstone of the brand's revival so the company has a lot riding on the next-generation model which was recently snapped by spy photographers.

Set to arrive sometime next year, the 2018 Enclave has a familiar design but it adopts a more prominent grille which closely resembles the one used on the LaCrosse.  Moving further back, we can see door-mounted mirrors, a curved beltline, and a gently sloping roof.  The crossover has also been equipped with a tailgate-mounted spoiler, a dual exhaust system, and a more conventional rear window.

Spy photographers couldn't get close enough to snap interior pictures but the cabin is expected to feature higher quality materials, a more upscale design, and an assortment of high-tech features.  The current model offers seating for up to eight people but the new packaging could reduce that number down to seven.

Engine options remain unconfirmed but the Enclave is expected to be powered by a 3.6-liter V6 engine that produces 310 horsepower and 271 pound-feet of torque.  It will likely be connected to a six-speed automatic transmission which can be paired to an optional all-wheel drive system.

Little else is known about the crossover at this point but the model will ride on the Chi platform which should enable it to be significantly lighter than its predecessor.