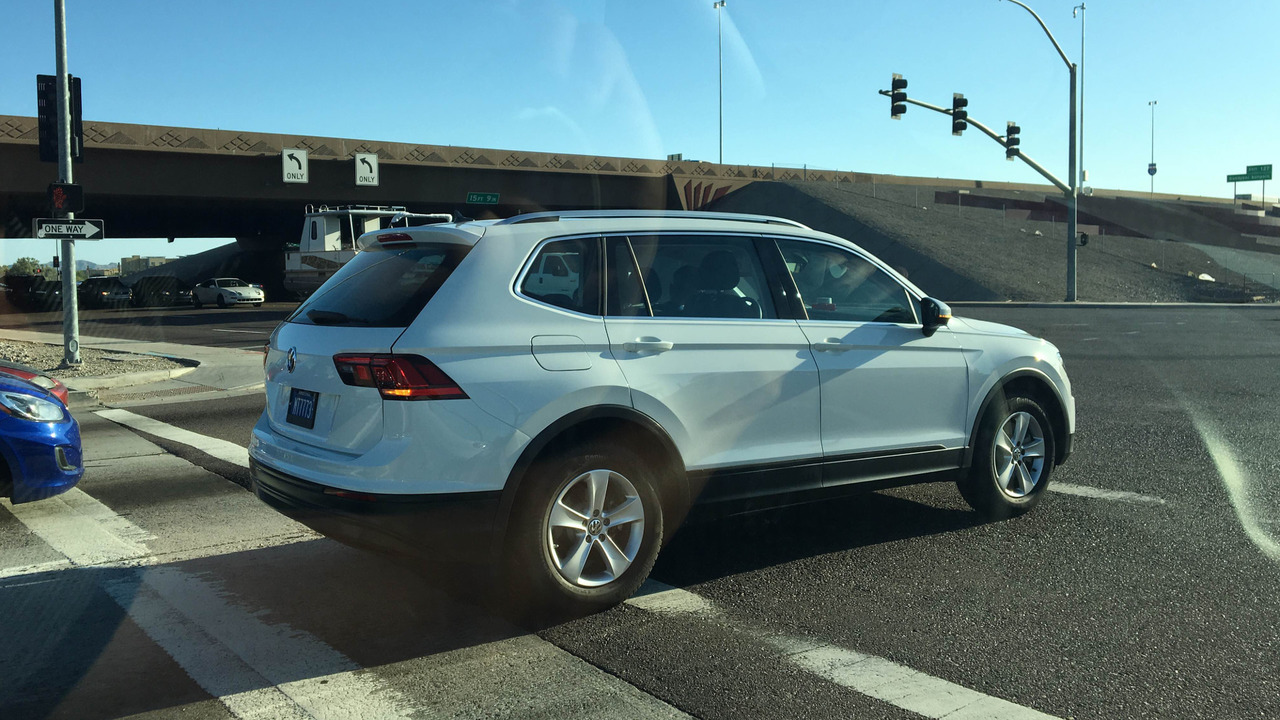 The long-wheelbase Volkswagen Tiguan has been spied by a Motor1 reader in the United States.

Set to go into production early next year, the crossover has a familiar appearance but adopts longer rear doors, a flatter roofline, and larger rear quarter windows.

The interior will largely carryover but the additional room will provide a more spacious cabin which can seat up to seven different people.  Buyers can also expected to find an assortment of driver assistance systems and an optional 8-inch infotainment system with Apple CarPlay and Android Auto compatibility.

Like the standard model, the Tiguan LWB will ride on the MQB platform and be offered with an assortment of petrol and diesel engines.  Detailed specifications haven't been released but the standard model can be equipped with a 1.4-liter TSI engine with outputs of 125 and 150 horsepower, a 2.0-liter TSI with 180 hp, and a 2.0-liter TDI with outputs of 115 hp, 150 hp, and 190 hp.

The long-wheelbase Tiguan will be built in Puebla, Mexico and will be exported worldwide.