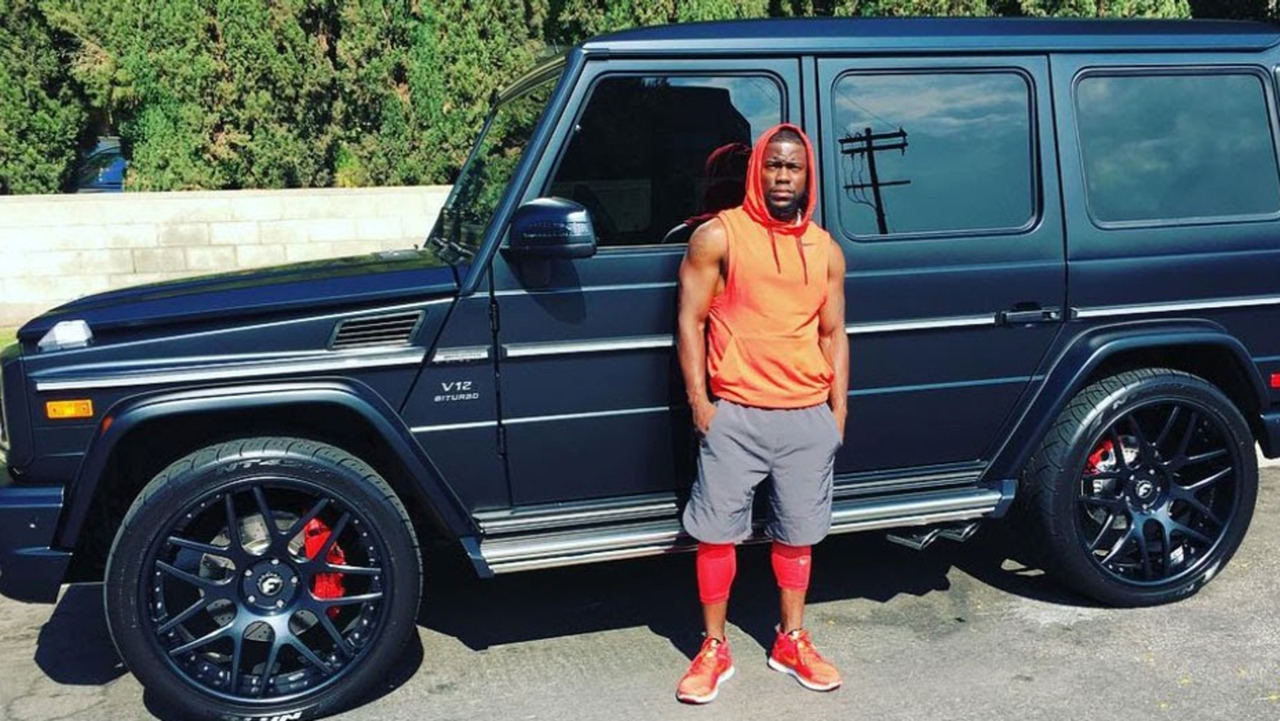 Earlier today we saw actress Eva Longoria's new Tesla Model X, pictures of which she posted on Instagram. Comedian Kevin Hart also posted pictures of his new SUV on Instagram, though his choice would suggest he's less concerned about the environment. Because he's bought himself one of the most excessive cars on the planet: a Mercedes-AMG G65.

The G65 is essentially a 40-year old military rock crawler with a 6.0-liter, twin-turbo V12 engine producing 612 horsepower and 738 pounds-feet of torque. Even though it has the aerodynamics of a shopping mall and weighs well over 5,000 pounds, it can slingshot from 0 to 60 miles-per-hour in just 5.3 seconds.

It's also massive. Hart regularly plays on his diminutive five-foot three-inch stature, which is completely dwarfed by the G-Wagen, as you can see here.

The G65 lists at nearly $220,000, but Hart also paid out for a set of Forgiato wheels and window tints. He recently took delivery of a Ferrari 488 GTB, as well.

In these eco-conscious times, it's great to a celebrity who's proud to go against the grain and buy an SUV with supercar-worrying performance. Though now I think about it, the top-spec Model X P90D Performance in Ludicrous mode is over two seconds quicker to 60 mph than the G65. And has a higher top speed. And is half the price. So why buy a G65?