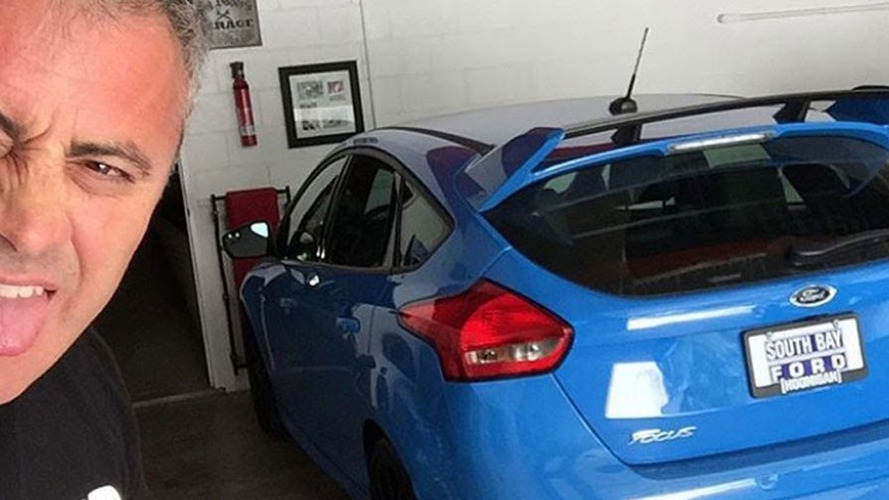 Back in February this year, “Friends” star Matte LeBlanc joined BBC for Season 23 of the revamped Top Gear show. Apparently, this was enough time for him to fall in love with high-performance cars, as now he has bought a brand new Ford Focus RS.

It was drift guru Ken Block who announced LeBlanc’s new purchase, using his Instagram channel and declaring he approves this decision.

“My buddy/current Top Gear host Matt LeBlanc has been able to drive some of the best cars in the world right now. So what did he choose as his daily driver? A new Ford Focus RS! I approve of his decision. And bonus points for the Hoonigan license plate frame!”

The latest Focus RS became the first generation of the hot hatch that is sold in the United States. Starting from last week, customers will have to drop at least $36,605 if they want the car, which delivers fun moments with its 350 horsepower (261 kilowatts) and 350 pound-feet (474.5 Newton-meters) of torque.

Back to LeBlanc, he is expected to keep his host position in Top Gear for the next season that will return by December 2016 or early 2017. Interestingly, the actor was recently praised for his work by his former colleague Chris Evans, who stepped down from his role in the show earlier this month.

“Not only does he eat, sleep, breathe and dream engines, propshafts and trail-braking, but the overwhelming quality that struck me about him is that he’s just such a pro,” Evans told the Daily Mail. “The whole time I worked with him, he never once looked at the clock, was never late on set, knew his lines inside out and back to front and, most importantly on such an intense production, he always had time for everyone, especially the crew.”