Burgess: Can we save amateur racing from emissions regulations? 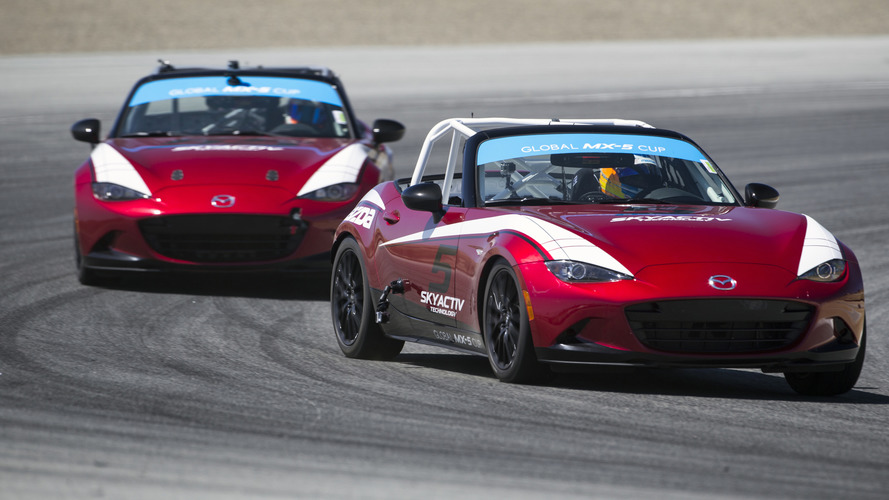 Why Congress needs to weigh in on the EPA’s proposed rules about race cars.

When the Environmental Protection Agency decided in February a 40-year-old law should be interpreted differently, SEMA, short for the Specialty Equipment Market Association, put out a press release claiming the EPA was going to outlaw racing for anyone who modified a street-legal car for the race track.

A wildfire of speculation exploded across the Internet. First there was outrage. Then there was outrage at the outrage, with people from opposing sides either saying this will end racing as we know it or that SEMA had it all wrong.

On Thursday morning, I met with SEMA president Chris Kersting at Detroit’s American Coney Island for a breakfast hotdog and fries, and an update on what’s happening with a proposed law that would clarify for the EPA how some racing would work.

“What the EPA proposed was throwing out the baby with the bathwater,” Kersting said. “The EPA wanted to increase its jurisdiction of other off-road engines and decided this was the way to do it.”

When the news initially broke in February, the EPA said the Clean Air Act always gave it the authority to monitor, restrict, or otherwise oversee any car that had its emission system modified. The agency had just previously chosen not to make a big deal out of cars converted for the track. Specifically, the EPA was more concerned with modified cars that still operated on public roads.

In other words, everyone modifying the emissions system for a car that once cruised down highways but now spins dirt only on tracks had been breaking the law. Technically illegal is actually illegal, and selectively enforcing laws is a dangerous way to operate. Technically speaking, I think the EPA should blow these proposed changes out its tailpipe. A law not enforced for 40 years is not a law at all, and any attempt to enforce it today would simply be wrong. Congress, not the EPA, has the power to create laws.

After the initial shouting – which included a petition to the White House that received more than 100,000 virtual signatures in 24 hours – the EPA withdrew its request to change the language of the law but still maintains it has the authority to regulate cars with modified emissions, no matter where they roam. And that ability means it can make many popular items like aftermarket superchargers, turbos, and other tuning devices illegal.

See, now you know why SEMA, whose members generate more than $30 billion in sales every year, some of whom sell superchargers, turbos, and other devices, wants Congress to do some clarifying. Sitting in both the U.S. House and Senate right now are two versions of the Recognizing the Protection of Motorsports Act of 2016, or RPM Act, Kersting said. Part of the reason he came to Michigan was to drum up additional support and ask Michigan’s senators to co-sponsor the bills, which already have 120 co-sponsors in the House and 20 in the Senate. These bills need more backing if they’re to succeed.

“We’re asking for Congress to verify and confirm the interpretation of the Clean Air Act that has been in place for 40 years,” he said.

It’s easy to see how so many people in Washington may not think much of amateur and semi-pro racing. I can’t imagine too many bureaucrats understand the joy of weekend racers on dusty tracks spread across the country. But millions of people do participate and love this kind of racing nationwide.

These skilled (and sometimes not-so-skilled) drivers spend a lifetime racing and wrenching on their cars. This kind of racing is done more out of love than competition. Big-time racers such as NASCAR and IndyCar racing would be exempt (for now) because those cars were never meant for the road.

Of course these cars have modified emissions systems because all of those restrictions limit power and that power means a little more speed. But as long as those cars remain off of public roads, the EPA should keep its fun-sucking mitts off of them. The impact that modified race cars have on carbon emissions – perhaps the reason the idea was pushed in the first place – would be miniscule but the impact on racing would be apocalyptic. Everyone from the American Sprint Car Series to the United States Auto Club could just evaporate.

“Right now, many of our members who make these parts don’t know where they legally stand,” Kersting said. “From one administration to the next, they don’t know if and when the EPA will decide to enforce these regulations.”

I can’t imagine too many bureaucrats understand the joy of weekend racers on dusty tracks spread across the country. But millions of people do participate and love this kind of racing nationwide.

See, the EPA’s initial plan was not to go after people who modify their cars, it was to go after businesses who sell parts to people who modify their cars. Most likely, after reaching into those companies’ deep pockets with a fine or two, then the EPA could move on to giving fines to the people who install the parts. Fines can range from $3,750 per item sold to $37,500 per noncompliant vehicle. (The irony there, of course, is the fine is higher than the value of most of these vehicles involved.)

Indeed, clarification about the law is needed. And Congress needs to do it.

Kersting pointed out that this being an election year, Congress has a significantly shorter session in which to vote on legislation. It would be helpful for people to contact their representatives and urge them to pass the RPM. If you’re not sure who you should contact, SEMA has even created a webpage with every senator’s phone number to get you started.

Scott Burgess has covered the auto industry for more than a decade as The Detroit News' auto critic and as Detroit Editor at Motor Trend. Before writing about cars and the people who make them, he was a newspaper journalist, where he covered everything from small town politics to the wars in Afghanistan and Iraq.