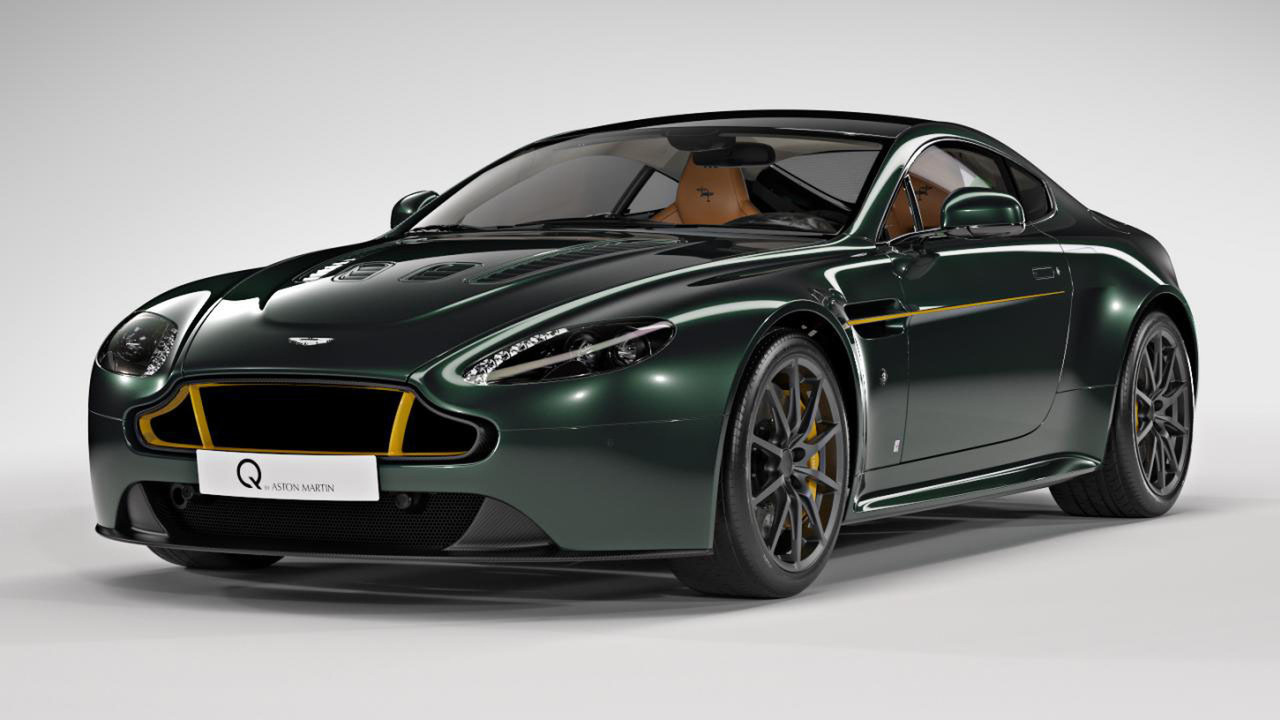 The Spitfire 80 does its best to replicate the famous fighter’s stunning design. Aston Martin Cambridge paints them a special shade called Duxford Green, which the dealer claims is so dark that it’s almost black. The name pays homage to the home of the first Spitfire squadron during the war too, according to Top Gear. Yellow accents outlining the grille, down the flanks, under the rear wing, and on the brakes reference the pinstripes along the plane’s wings. The Aircraft Restoration Company, which is also from Duxford, creates trim pieces like the tailpipe finishers. Inside, Aston Martin’s Q personalization division uses brown leather upholstery with carbon fiber and Alcantara trim. The Spitfire embroidery on the headrests is an especially attractive touch.

Sadly, Aston Martin Cambridge’s special edition doesn’t use the Spitfire’s Rolls-Royce Merlin supercharged V12. Instead, the usual naturally aspirated 5.9-liter V12 remains under the Vantage’s hood, Top Gear reports. It still makes 565 horsepower (421 kilowatts) and can get the coupe to 62 miles per hour (100 kilometers per hour) in 3.9 seconds. So much muscle should make owners feel like they’re in a fighter plane.

The dealer will deliver the eight cars to their new owners at the Imperial War Museum in Duxford. The customer will also hear a lecture from a pilot and get a private look at a Mk1 Spitfire. An unspecified amount from each car’s purchase will go to the RAF Benevolent Fund, which will possibly make buyers feel a little better about paying around 40,000 pounds ($53,000) more than a stock V12 Vantage S.