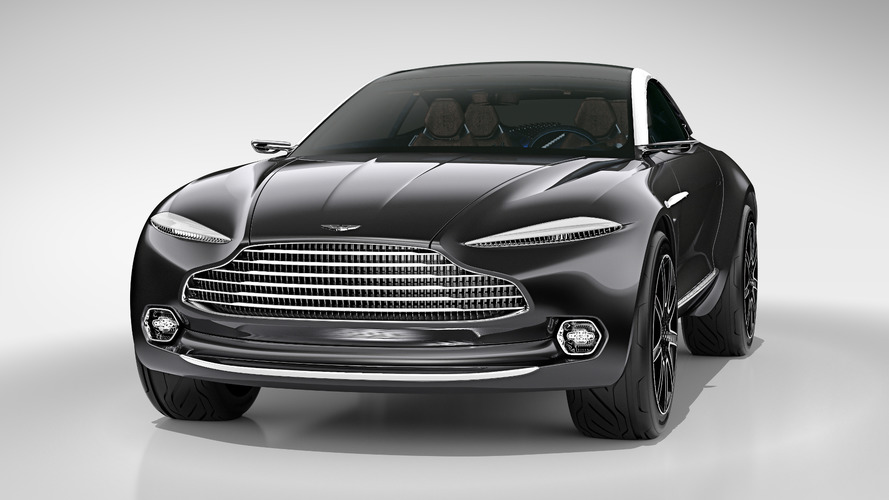 After focusing on its core sports car models, Aston Martin will expand its lineup significantly in the next four years.

It's happening: Aston Martin is on track to deliver two models that deviate from the sports car norm, and they'll be here sooner than you might think. Both the DBX and the Rapide-E electric vehicles are expected to see production by 2019. We knew these products were coming, but the timing is now (semi) official.

That's according to CEO Andy Palmer, who is on track to turn Aston Martin into a profitable business enterprise within his first few years at the helm. He likens the world's current perception of Aston Martin to how non-Brits see cricket: they can identify it as a sport, but have little idea of its meaning or what it really is.

In addition, by 2019, Aston Martin plans to relaunch the Lagonda brand, which it will also begin building out of the new factory in Wales. As Palmer puts it, multiple "Lagondas" are not out of the question, either. In his remarks, Palmer promised that the brand's core sports cars will continue to be produced at Aston Martin's factory in Gaydon, United Kingdom.

The introduction of the DBX and the Locanda lineup will happen strategically after the launch of the DB 11 and replacements for the Vantage and Vanquish. It's all part of Palmer's revitalization plan, which is currently in its first phase, that's crucial to Aston Martin's survival as an independent marque.

Stay tuned for our upcoming first drive of the DB11!