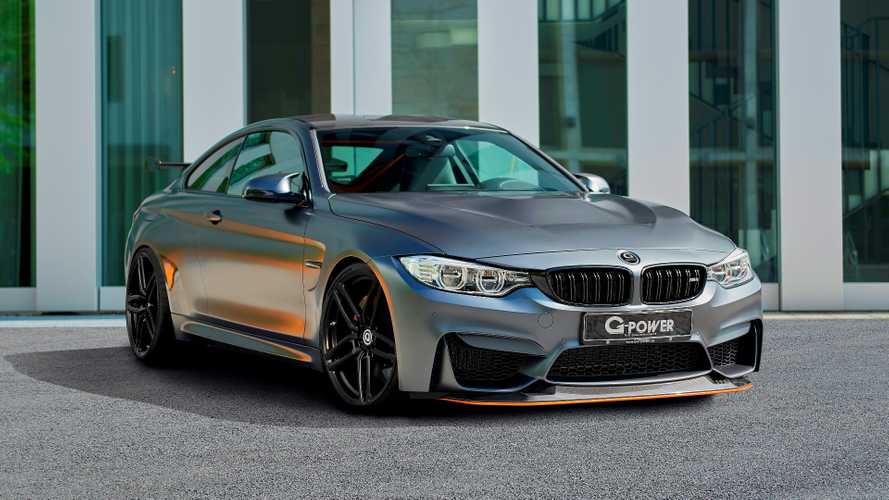 The BMW M4 GTS is pretty wild to start with, but you can guarantee that some owners still won't be entirely happy with it in stock form.

Step forward, G-Power. It has already developed a number of tuning packages for lesser M4s ranging from 520 horsepower up to 600 hp, and has now added its B-Tronik 2 V3 upgrade to the GTS, which remaps the engine control unit for better fuelling, sparking and boost.

Then you can add a pair of new turbos with bigger turbines and compressors which, according to G-Power, are more efficient, reducing exhaust gas temperatures and increasing boost pressure. The result is 615 hp and 560 pound-feet of torque. That's 115 hp more than the standard GTS and 118 lb-ft more than the GTS.

That translates to a 0-62 miles-per-hour time of 3.6 seconds, an improvement of 0.2 secs. Which is only marginal, but with that much more torque the real difference will be in the mid-range. 50-100 mph should pass in a flash, but G-Power hasn't quoted figures for the intermediate increases.

As you've already paid to improve the power and acceleration, it would by daft not to spend a bit more to have the standard 190 mph speed limiter removed. Without it, G-Power claims a top speed on the far side of 200 mph.

Then you should probably spend a bit more again on the catalyst-free exhaust. And on the lightweight, forged, 21-inch wheels. Spec everything and the cost comes to €16,995 ($18,769), on top of the cost of the base car. If you can find one, as all 700 examples of the GTS sold out long before it even went into production.

G-Power says four M4 GTS owners have already had the upgrades applied to their car, pretty much before they had even taken delivery.

How BMW Turned Water Into 50 bhp