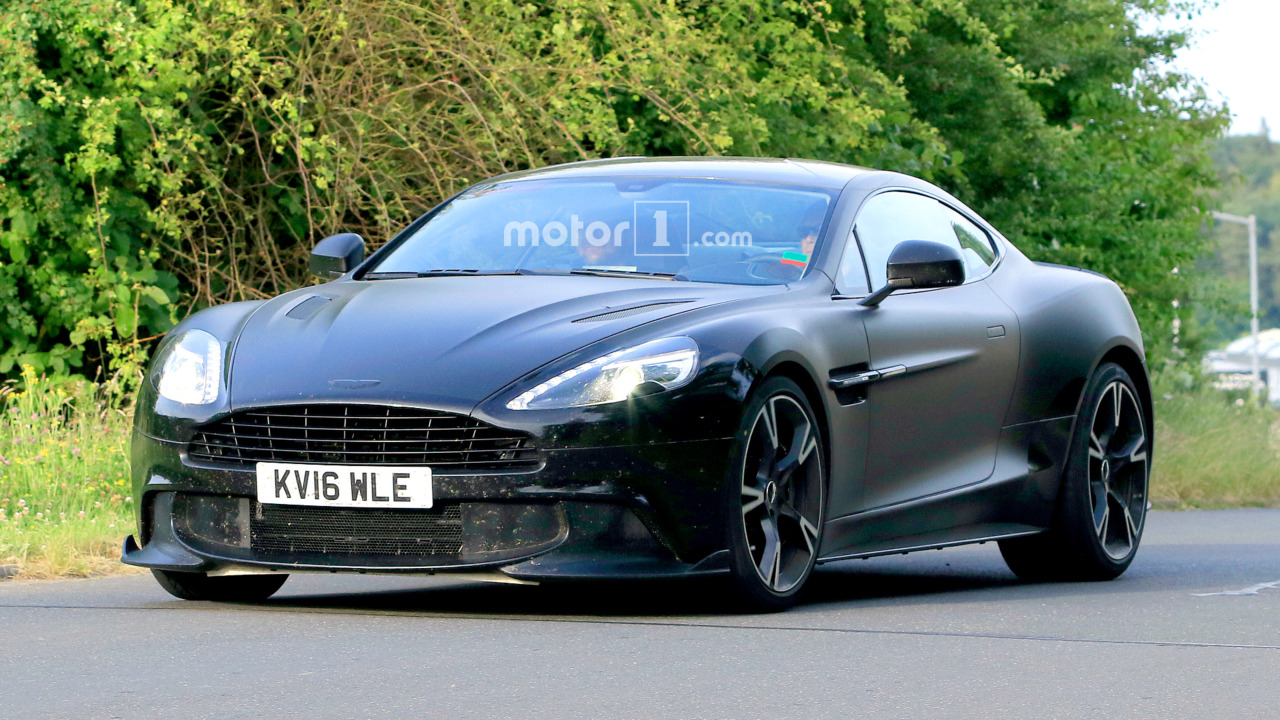 Both Coupe and Volante variants were spotted.

It won't be long before a replacement for the current Aston Martin Vanquish comes along, based on the all-new architecture of the DB11. But there's clearly some life left in the old dog yet, as these images suggest a hardcore Vanquish S version is in development.

Both Coupe and Volante variants were spotted being tested near the Nurburgring. Both wear a new front bumper with a larger intake and corner splitters with a little flick ahead of the front wheels.

Around the back, there's a huge diffuser in a redesigned rear bumper. It suggests the aerodynamics improvements are focused on the underside of the car, especially as both the rear spoiler and side skirts appear unchanged.

The rear bumper also houses a new quad-tailpipe exhaust system, pointing to an increase in power. The standard Vanquish produces 576 horsepower from its 6.0-litre V12 engine; a figure of around 600 HP seems likely for the Vanquish S, though that's just speculation at this point.

Aston Martin has announced plans to launch five new models by 2020, including the next Vanquish. But it is being vague about exact launch dates, saying only that the Vanquish will follow on from the next-generation Vantage, which is due in 2018. This Vanquish S is unlikely to be ready before 2017, so it will likely prove relatively short-lived.