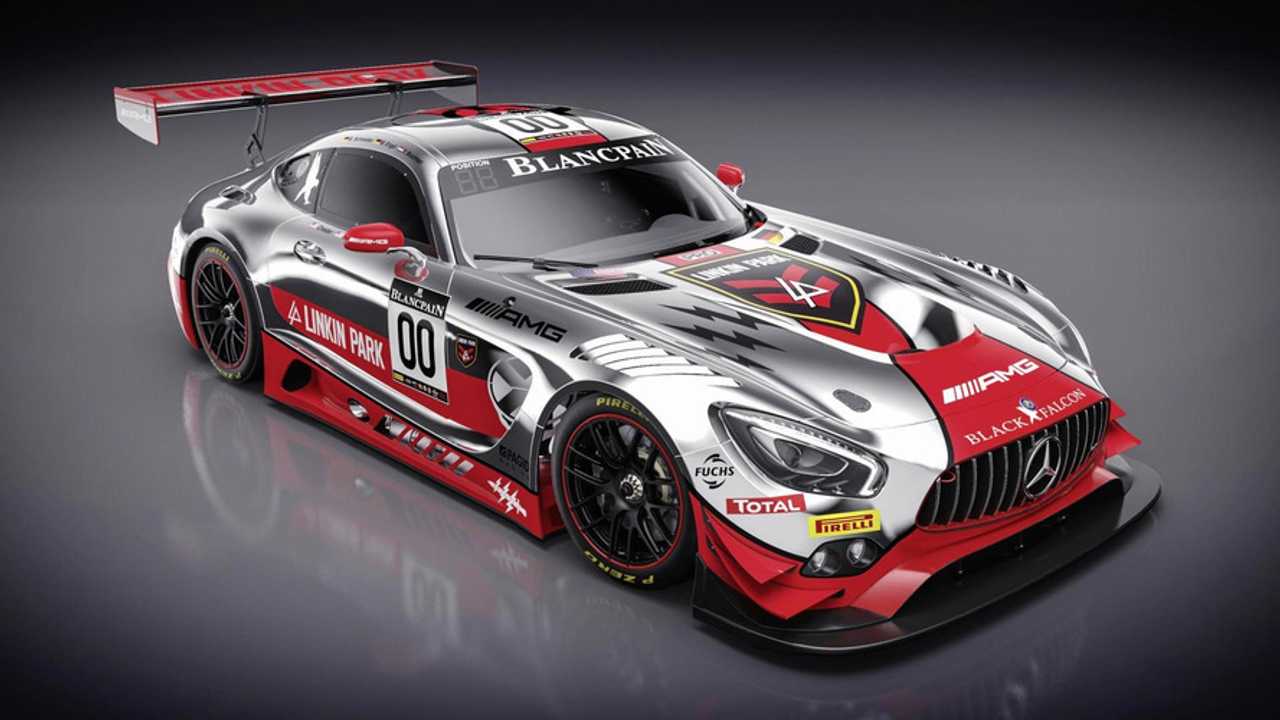 Sometimes, a hit of nostalgia creeps in from the strangest places.

For example, seeing the name of a famous band from 15 years ago slapped across the rear wing of a Mercedes-AMG GT3 race car. Yes, it appears California-based Linkin Park has crafted a livery for a German endurance racing team.

Or at least someone working with Linkin Park did. Either way, the end result looks pretty good, and it helps that the AMG GT3 is a fantastic design on its own right. The car has all the right proportions, so the addition of black lightning bolts, thick red stripes, and the band's logo/shield draped over the silver base could hardly do anything to hurt the appearance. Strangely, this is not the first Mercedes-AMG/Linkin Park mashup; the band did the soundtrack for a C63 promo video last year.

The car is set to compete in the upcoming Spa 24 Hours in Belgium over the last weekend in July. Team Black Falcon and Mercedes-AMG are still rolling high from a 1-2-3-4 finish at the 24-hour race at the Nürburgring earlier this season.

There's not much info on what the connection between Team Black Falcon and Linkin Park is supposed to promote, but it does look like the band has been working on a new album since late last year. Or maybe they've just got a big following in Belgium. Either way, look for the car lapping Circuit de Spa-Francorchamps later this month.