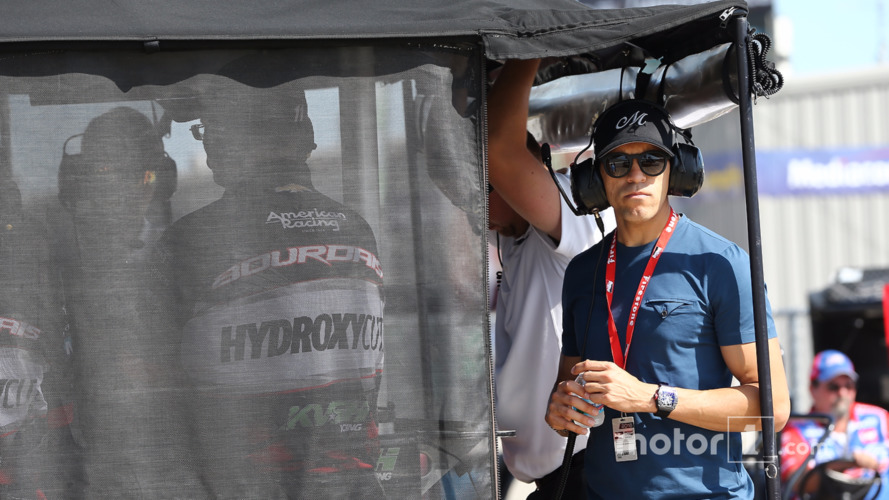 Former Formula 1 driver Pastor Maldonado says he is interested in the Verizon IndyCar Series but is also investigating options in F1 and at Le Mans.

The Venezuelan, who is a guest of KVSH Racing at Iowa Speedway this weekend, told Motorsport.com: “I came here because I was very interested to see racing on ovals.

“At the moment it’s early to say anything about racing in IndyCar, and at the moment we are negotiating. In the last 15 years I have been fully involved in Europe so it is not easy to come here and change everything.

“We are looking now at all options, and we have plenty of things to look at. This year, I am fully involved with Pirelli in developing the new wide tires for Formula 1 next year.”

In terms of his options for next year, Maldonado, who won the 2012 Spanish Grand Prix, said he was only interested in returning to F1 if he can get a competitive seat.

“Right now Formula 1 is in a tough situation with big gaps between the teams. I need a team that lets me fight every weekend for good points. If I don’t have the chance to go with a good team, I will look around. Even the 24 Hours of Le Mans and also here. But I will be deciding later.”

Asked if he still had strong sponsorship options, the former Williams driver said: “Yeah, of course, but it depends a lot on which series I choose.

“Normally with my experience – I’ve been five years in Formula 1, I’ve been in GP2 as well – it is easier to find sponsors. And I’ve always had a reputation so sponsors have followed me.”

KVSH co-owner Jimmy Vasser said the likelihood of Maldonado racing for the team this year were not high.

Explaining Maldonado’s presence, Vasser said: “Adam Parr is director of Cosworth, which obviously Kevin Kalkhoven owns, but Adam was at Williams when Pastor was there. Kevin and Pastor met up in Florida, so they came along as our guests.”

During the off-season, Maldonado was linked to the Andretti-Herta Autosport seat which was eventually taken by Alexander Rossi, who went on to win the Indy 500. Vasser, insisting Maldonado was in Iowa just because “he was curious and he’s keeping his options open,” virtually ruled out adding a second KV car as a one-off this season.

“The reason we focused on one car this year was because our second car wasn’t ever properly organized or funded. It was always taking away from our effort on the first car, instead of helping it. But that doesn’t mean we wouldn’t consider a second car for next year.

“We could throw something together for this year, but we’re not thinking about that at all. The season’s only got two more months and we’re just focusing on getting more wins with Sebastien [Bourdais].”