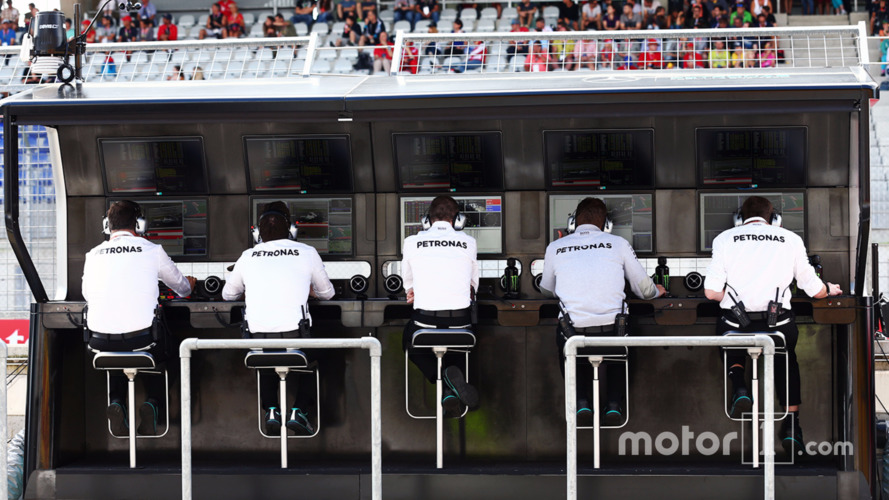 Formula 1 teams will now run the risk of penalties if they do not comply with the sport's team radio clampdown, Motorsport.com can reveal, with the FIA having got tougher on matters.

Motor racing's governing body has told teams at the British Grand Prix that potential radio transgressions will now be reported directly to the stewards, following a period when verbal warnings were issued by race control.

The news comes after some teams had complained that the restrictions were too tough, with the issue having been put into the spotlight with engine settings in Baku and brake problems in Austria.

Mercedes team boss Toto Wolff was one of those who believed that the radio restrictions had gone too far and should be eased up to allow more communication from the pit wall.

"The FIA is not in an easy position either, because where is the limit," said Wolff. "The teams might easily abuse it under the title of safety and try to communicate with the drivers.

"My opinion is that we probably went a little bit too far in being what is restricted – so let's open it up so everyone can listen to it and that is actually Bernie's suggestion, it is not my idea.

"Let's open it completely up and maybe not the driver coaching bit."

But far from relaxing the rules, the governing body has confirmed that not only is its stance on what is and is not allowed unchanged - but teams will now face penalties if there are any breaches.

These could include potential drive-through or time penalties being dished out over the course of a race.

Williams technical boss Pat Symonds had hinted at the FIA's stricter stance in an interview with Sky on Friday when he said that "the honeymoon period is over."

McLaren's Eric Boullier made it clear that the teams had not been successful in their efforts to have the rules relaxed.

"There were discussions between the teams and the FIA and seeking either some more freedom on this, or clarification, and the FIA has been clear that they will not change their position," he explained.