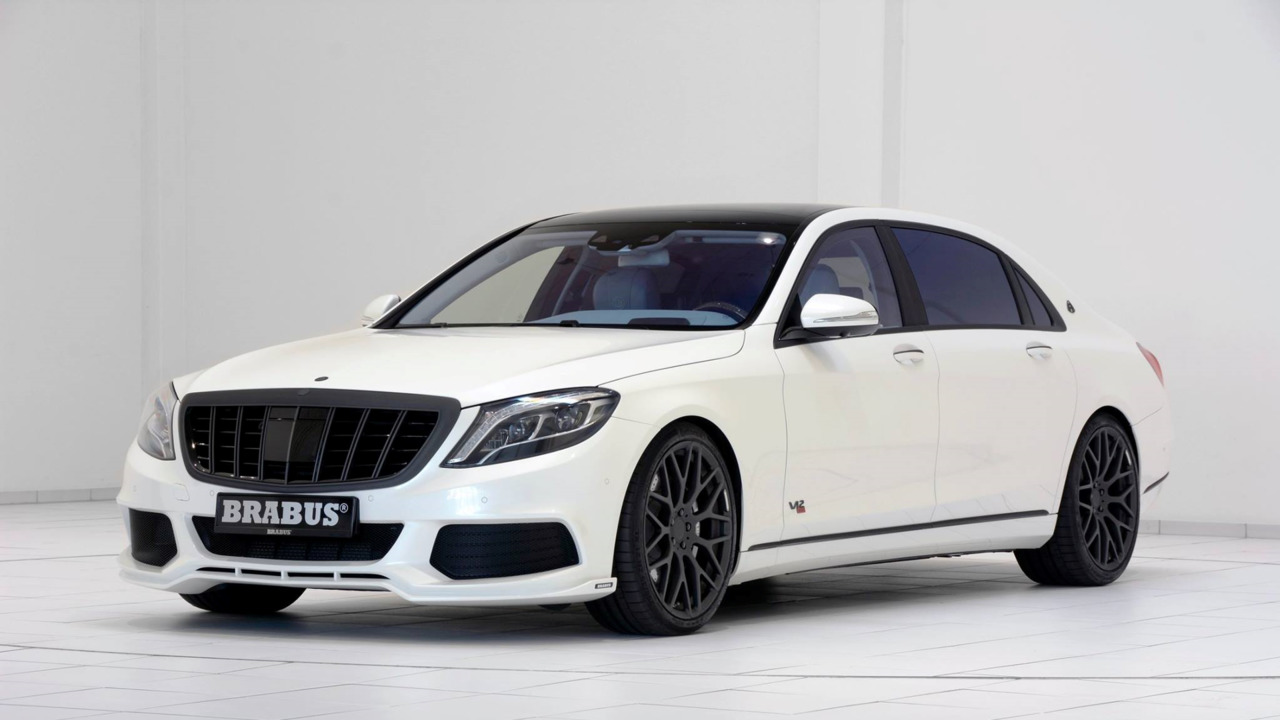 We've not seen one in these colors before

The Mercedes-Maybach S600 is one of the most luxurious cars in the world right now. Add a Brabus Rocket 900 conversion to it and it becomes a 217 mph missile. It is as close to a road-going Lear jet as currently exists.

As the name suggests, the Rocket 900 pack serves up no less than 900 horsepower, along with a colossal 1,106 pound-feet of torque. To find all that power, the V12 engine is bored out from 6.0-litres to 6.3-litres and a new pair of vast turbos added. A laundry list of other upgrades are added as well, including a billet crankshaft, forged pistons, and gold heat shielding.

The result is a 0-62 mph time of 3.7 seconds, and that 217 mph top speed. Which is actually limited. Any more and the tires couldn't cope with the forces exerted by a 2.8-ton hulk travelling the length of a football field every second.

Brabus posted the images you see here on its Facebook page earlier this week because... well, why not? The only official images of a Maybach Rocket released so far were of the factory demonstrator finished in signature black, with a tan interior. So this one in white with duck egg blue leather is quite a contrast.

It's still not subtle, though, is it?