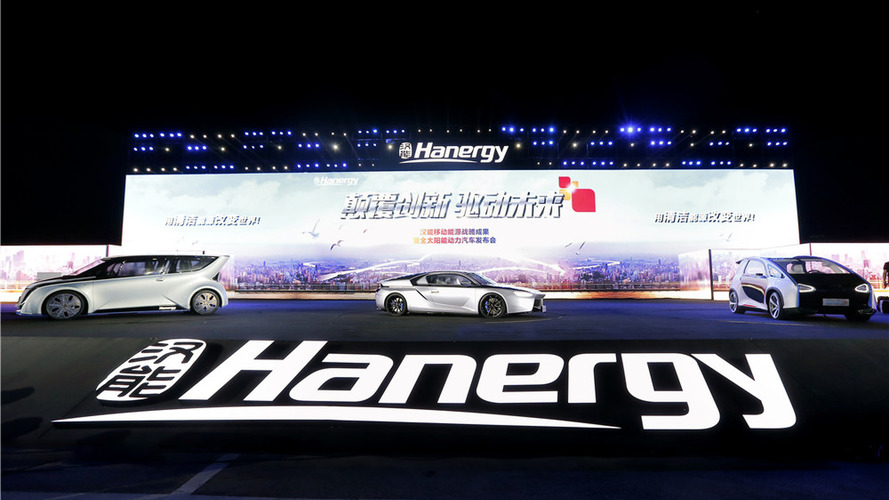 There's a new, fanciful series of concepts coming out of China that can allegedly run purely on solar power. Built by Hanergy, a solar panel manufacturer, the cars use thin-film solar modules to create so-called zero-charge cars. We'll believe it when we can drive 'em.

Hanergy says the solar panels can draw eight to ten kilowatt-hours of juice from five to six hours of sunlight – good enough for a shade under 50 miles of driving range. That is an extremely lofty goal, one that Hanergy says is due to the 38 to 81 square feet of solar panels covering each car's body. The solar film apparently has a conversion rate of 31.6 percent.

That means that the panels store 31.6 percent of the sunlight that hits them as electricity – it's a record-breaking figure, according to Hanergy, citing the World Record Association and the US National Renewable Energy Laboratory. For longer drives or extended periods of cloudiness, Hanergy claims owners can recharge the on-board lithium-ion batteries like any other EV, using a conventional charging station. Total range on a full battery is 217 miles. Even without the solar aspect, that's a promising figure.

Hanergy showed four concept cars – the Solar R the Solar O, Solar L, and Solar A. Hanergy is targeting each car at a different kind of user, with the R (shown above, front and center) the sportiest of the four. Since we can't read Chinese, there's no picking out whether the two vehicles flanking the BMW i8-lookalike are the Solar O, Solar L, or Solar A.