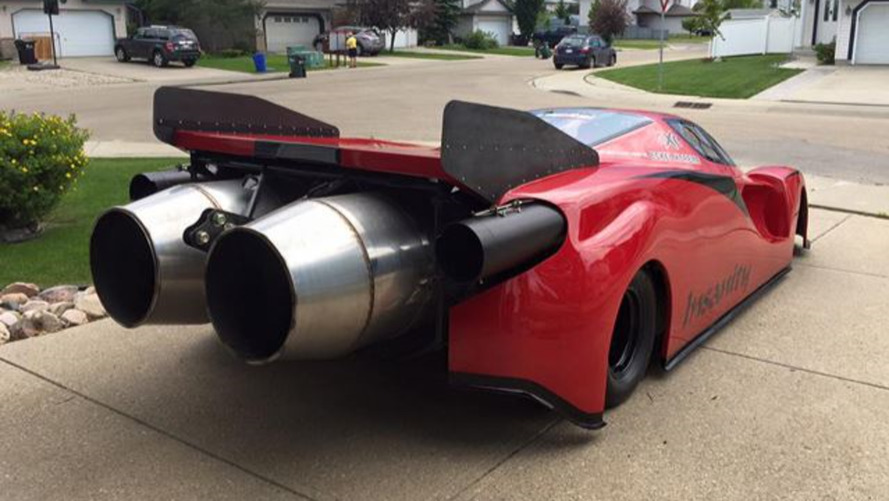 This may be the new standard for insanity.

The name of this device is 'Insanity'. Never has a machine been more accurately named.

It was built by a Canadian named Ryan McQueen for whom, it seems, having the - enormous - power of just a single Rolls-Royce jet engine on tap wasn't quite enough. So he bought two. After selling his Corvette to pay for them.

McQueen set about fabricating a chassis capable of containing the huge forces, despite having no previous engineering experience, or even being to use a welding machine properly.

He also created the Ferrari Enzo-inspired bodywork himself which, it has be said, looks extremely convincing. Obviously, the dimensions are way off those of an actual Enzo, but he got the proportions pretty much exactly right.

Insane though Insanity may be, it's a massive achievement. McQueen started with nothing more than a dream and have-a-go spirit, and he's built what may very well turn out to be one of the fastest jet cars in the world.

Ryan McQueen, we salute you.