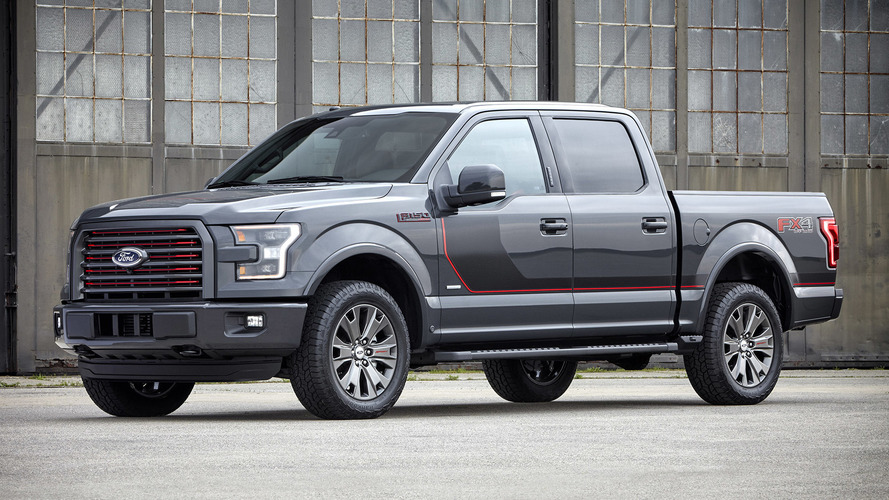 Record-low gas prices and short-term memories have us all racing to buy trucks.

Last week, the June monthly sales results appeared without many people even noticing. After all, the news broke just as people were beginning their Independence Day weekend and everyone deserves some independence from the media.

To summarize: Some sales were up, some sales were down. Overall the market improved 2.5 percent compared to June 2015 and for the year, sales are up 1.5 percent. Nothing very remarkable at first glance of Autodata’s spreadsheet of June’s sales. But inside those numbers are some very interesting stories.

Here are five things I learned from the June auto sales.

1. Only one American car company will benefit from higher gas prices. That’s Tesla.

If there’s a spike in gas prices, Detroit’s automakers are screwed. Seriously, it’s not like we haven’t seen this before, but the super-low gas prices – an 11-year low right now – have fueled tons of pickup sales. General Motors, Ford, and Fiat Chrysler all showed a drop in car sales and an increase in truck sales. For the year, car sales have dumped faster than a customer returning a Chrysler 200 lease. GM car sales have fallen 9.1 percent, Ford’s 8.9 percent and Chrysler’s 32.5 percent, meanwhile truck sales have either stayed flat, in the case of GM (down 2.2 percent), while Ford has seen those sales climb 11.1 percent and Chrysler has seen them jump 19.9 percent.

These numbers follow the industry trend of a growing truck market. In June, nearly 6 out of 10 vehicles sold were a truck. But that doesn’t mean all “trucks” are the same. The Honda HR-V gets the same truck label as the Ford F-250 Super Duty. If gas prices spike, people will still buy an HR-V, but many people will forego the fullsize pickup. It has happened before. In June, 86 percent of all vehicle sales at Fiat-Chrysler were trucks, 71 percent of all vehicles sold by Ford were trucks, and GM sold trucks 68 percent of the time.

History should have taught automakers to avoid becoming too reliant on vehicles that are sensitive to high gas prices. (Last time gas prices fell this low, 11 years ago, prices then suddenly hit record highs that sped up the demise of GM and Chrysler.)

At the same time, Tesla, the forgotten American carmaker that even I’m guilty of poking a little fun at, sold an approximate 3,100 vehicles in June and has nearly doubled its sales for the year. If and when its Model 3 arrives, it could see huge gains in sales with a surge in gas prices.

While it’s likely to see gas prices remain low through the election cycle, once a new president is selected, there’s only one direction those prices will go: Up.

A few years ago, I stated that Nissan would overtake Honda in U.S. sales. Turns out, I was right. Nissan saw the biggest growth out of any carmaker in June and is on pace to sell 1.5 million vehicles in 2016. For the first half of the year, Nissan has 8.5 percent of the U.S. market and Honda has 8.3 percent. (Though Honda’s luxury brand does have a lead on Nissan’s Infiniti.) Honda has stronger truck sales and Nissan holds the lead with car sales. Perhaps the difference maker will come from the much beleaguered subcompact segment. Nissan Versa sales remain strong, up 8.2 percent for the year, despite the segment shrinking by more than 10 percent. The Honda Fit has seen sales drop 23.1 percent for a total of 27,385 vehicles to the Versa’s total of 72,461.

Currently, Nissan is the fourth largest brand in America. Below it are familiar names like Honda, Jeep, Hyundai, Kia, Subaru, and Dodge. Dodge has managed 271,740 sales in 2016 compared with Nissan’s 733,136.

3. Minivans will never go out of style.

Turns out, Fiat Chrysler made the right bet with its Chrysler Pacifica. June sales were strong with Chrysler selling 7,207 vehicles, making it the fourth most popular minivan in the eight-vehicle segment. (The Pacifica also outsold the discontinued Town & Country which managed to come in fifth.)

While the automotive market won’t shut up about small crossovers taking over the market, minivans provide a unique utility that cars and crossovers cannot fulfill. Every few years, carmakers will discuss the demise of the minivan and how sales will drop below half a million or 400,000. In June, minivan sales were up 21.2 percent compared to June 2016 and 28.5 percent for the year. They are not going away.

Blame it on low gas prices or Americans’ inability to see past the next paycheck, but hybrid sales continue to fall, even though everyone seems to be building really good ones. Overall, hybrid sales fell 22.8 percent in June and have fallen 24.5 percent for the year. All told, 143,607 hybrids cars have been sold. (That does not include the additional 35,063 hybrid trucks also sold.)

Another possible explanation could be the increased interest in full-electrics such as the Nissan Leaf. But the numbers don’t show that. Leaf sales are down 41 percent for the year. Plug-in hybrids also have not had a lot of success beyond the Chevrolet Volt – which is by far the best vehicle in the segment – with sales up 74.5 percent with the second-generation Volt in showrooms. Others, such as the Prius plug-in, of which Toyota sold 11 in June, have not performed well.

Perhaps the best example to consider is the Lincoln MKZ Hybrid. This vehicle is sold for the same price as the regular MKZ. That’s right, the same price. Yet, only 1 in 5 MKZs sold are hybrids. If customers prefer hybrids over the good old gas combustion engine, why would they pick the gas only MKZ instead? It’s a dilemma that could have serious consequences down the road when EPA fleet mileage requirements grow significantly strict.

5. Here are the winners and losers for the first part of the year.

Some other interesting sales notes:

In June, one person bought a previous-gen Volkswagen Jetta SportWagen (most likely an automotive journalist), and one person bought a Fiat 124 Spider (probably the same automotive journalist dealing with his Jetta wagon’s recall). Another person bought a Scion iQ and is likely regretting it right now, though not as much as the four people who bought a Mitsubishi i-MiEV in June. (Another lesson may be to avoid any vehicle with a lowercase, stand-alone i in its name.) One lucky person did get a Lexus LFA, and two people, likely Jerry Seinfeld and Jay Leno, both bought their Acura NSX, the first two sales of the vehicle. Some guys have all the luck.

Scott Burgess has covered the auto industry for more than a decade as The Detroit News' auto critic and as Detroit Editor at Motor Trend. Before writing about cars and the people who make them, he was a newspaper journalist, where he covered everything from small town politics to the wars in Afghanistan and Iraq.