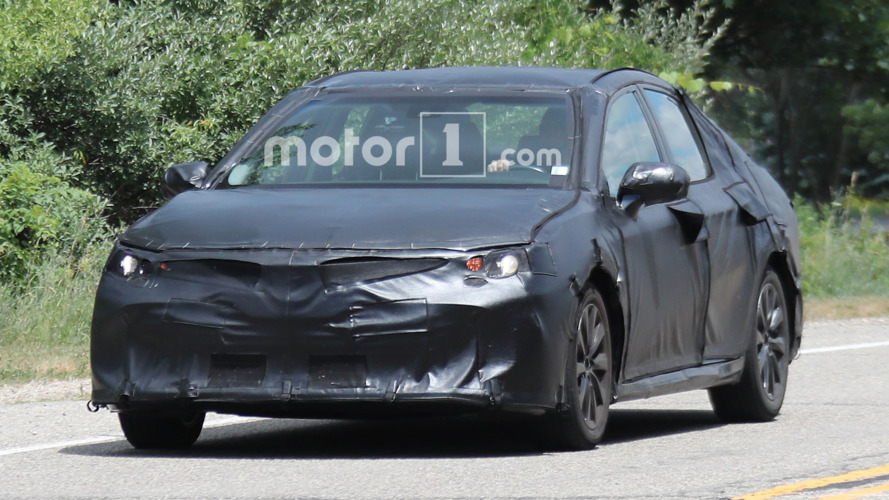 The new model could get big powertrain updates.

The next-gen Toyota Camry is now under development in Michigan, and this batch of spy photos is our first look at the latest incarnation of the perennial member of the bestseller list in the United States.

Unfortunately, the sedan wears cladding from stem to stern, which does a fantastic job of hiding the body’s lines. The grille’s outline is barely visible through the obfuscation at the front, but it seems to take cues from the current model’s pointed shape. The Toyota emblem appears much larger, too. At the back, the roof looks to have a steeper slope and connect to a shorter trunk.

The new Camry would likely share the TGNA modular platform with the latest Prius. The underpinnings would let Toyota reduce the sedan’s weight and increase its rigidity without changing the size. Rumors suggest a 2.0-liter turbocharged four-cylinder might replace the V6 in the lineup. A naturally aspirated four would remain the base engine, but it could use the more efficient Atkinson cycle. A hybrid would eventually join the range, too.

Toyota would likely have the new Camry on sale for the 2018 model year. To achieve that timetable, expect the company to debut the new sedan later this year or early in 2017.