The rear has a completely different look from the coupe.

Shortly after taking a look at the next Continental GT testing in Germany, now we get a chance to see the GTC under development again. The luxury convertible is still well camouflaged in these photos, but the design differs from the coupe in interesting ways.

In front of the A-pillar, the coupe and convertible are essentially identical. Both borrow the sleek look from the EXP 10 Speed 6 Concept, including the downward arching nose and swept back headlights. Rather than the GT’s sloping roof, the GTC needs a place to hide its top, and this design necessity makes the trunk appear longer. Instead than using swirling camouflage, Bentley adds plastic panels to the sides. They make the Continentals look like they have seriously swollen fenders, but we expect something more subdued on the production vehicles.

The next-gen Continentals use Volkswagen Group’s MSB platform, like the latest Panamera. Expect the Panamera Turbo’s 4.0-liter biturbo V8 to be among the Bentleys’ drivetrain options, which makes 542 horsepower (404 kilowatts) and 568 pound-feet (770 Newton-meters) of torque in Porsche’s application. A W12 and a plug-in hybrid could join the next-gen Continental range down the road, too.

While Bentley is developing the two models simultaneously, don’t expect debuts of the production versions at the same time. The GT could premiere in latter half of 2017. The GTC would likely have an unveiling a few months later to give its brother some time in the limelight. 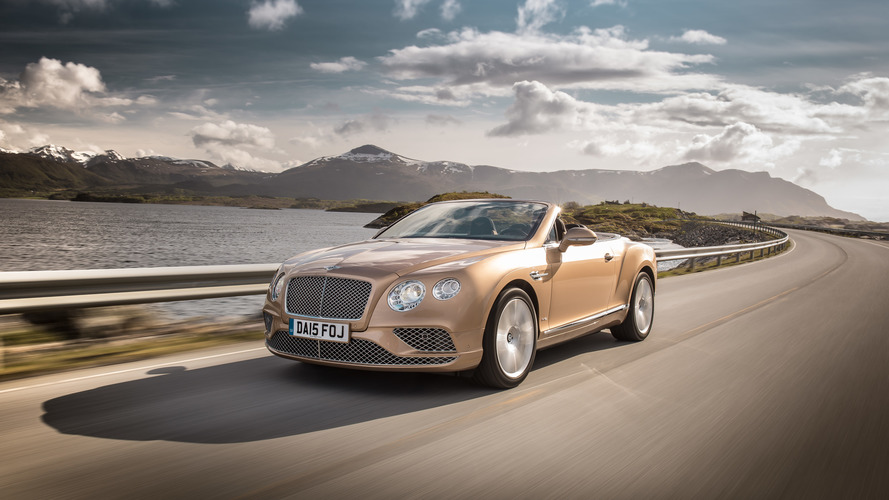