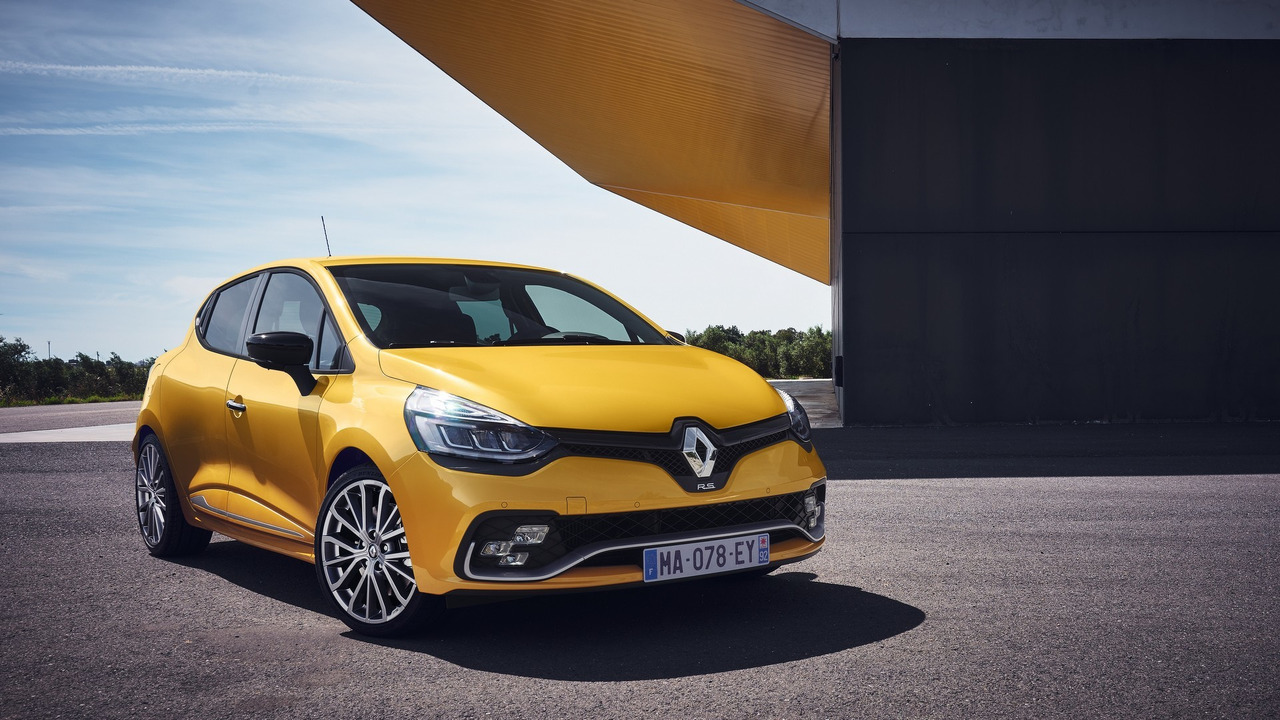 Renault has announced a series of updates to the Clio RS.

Set to go on sale this fall, the updated model has a host of minor changes including restyled 18-inch alloy wheels and new LED fog lights which are designed to resemble a chequered flag.

Power is provided by a turbocharged 1.6-liter four-cylinder engine that produces 200 horsepower.  It is connected to a six-speed dual-clutch transmission which can be controlled via steering wheel-mounted paddle shifters.

Speaking of performance, the car can be equipped with a sport chassis that emphasizes "versatility and everyday use" or a Cup chassis which delivers a sportier driving experience.

Buyers looking for something more extreme will want to check out the new Trophy variant which has an upgrade engine that produces 220 hp.  The engine enables the car to accelerate from 0-62 miles per hour in 6.6 seconds before hitting a top speed of 146 mph.

Besides the upgraded engine, the Trophy has a sportier suspension which reduces the ride height by 20 millimeters up front and 10mm out back.  Customers can also order a unique exhaust system developed in cooperation with Akrapovič.

The New Clio R.S. 200 EDC, Clio R.S. 220 Trophy and new GT-Line look pack incorporate the advances offered by the New Clio and further enhance that package by drawing on Renault Sport’s wealth of knowledge and expertise.

The New Clio R.S. is available with a 1.6-litre turbocharged petrol engine with a choice of two power outputs (200hp and 220hp on the Trophy version), mated to six-speed EDC dual-clutch automatic transmission with steering wheel-mounted paddle shifts.

It is the only car in its class to offer three different types of chassis, giving customers the opportunity to ‘tailor-build’ their own Clio R.S. The options available are:

Uniquely in its segment, the Trophy version can be specified with an exclusive exhaust system inspired by the Clio R.S.16 concept car and developed in tandem with industry specialist Akrapovič which imbues the engine with an instantly recognisable sound and ensures sprightly acceleration. Patrice Ratti, commented: “We are working with renowned suppliers committed to motorsport such as Akrapovič to forge ever stronger links between the track and the road.”

The 200hp powerplant is available with the Sport and Cup chassis, while the 220hp unit can be selected for the Trophy variants. The 220hp Trophy version is capable of out-performing all other sporty vehicles in its class, taking just 6.6 seconds to sprint from 0-62mph, 14.5 seconds to cover 400m from a standing start and going on to reach a top speed of 146mph.

The Clio R.S. also innovates with an unprecedented equipment package for the segment, including Launch Control, the R.S. Drive system which enables a choice of three driving modes (Normal, Sport and Race), the R.S. Monitor application and hydraulic compression bump stops developed by Renault Sport for rallying.

The front end of the new CLIO R.S. is visually broader by virtue of a specific front bumper, and the car is completed by LED multi-faceted lighting in the form of a chequered flag called R.S. Vision, for a distinctive look and outstanding lighting performance. This exclusive technology, initially seen on the Clio R.S.16 concept car, co-ordinates the vehicle’s fog lights, cornering lights, side lights and dipped and main beams to enhance night-time visibility.

The new Clio R.S. also offers new 18-inch wheels and specific sills. At the rear there is a spoiler, functional diffuser and twin exhaust tail pipes, while the rear lights carry over the C-shaped lighting signature. The Renault Sport (R.S.) logo appears underneath the Renault badge at the front of the car, on the wheels and at the rear.

With the GT Line look pack, the new Clio takes on a sporty look with forceful features that immediately set it apart. The New Clio with the GT Line look pack is equipped with Dark Metal air scoops in the front bumper along with lateral sills (like the Clio R.S.), uniquely designed 16- or 17-inch wheels, as well as an exclusive exhaust with a chrome tail pipe and a Dark Metal rear bumper panel.

The New Clio and New Clio R.S. are available to order sale in the UK from September with customer deliveries from the autumn.