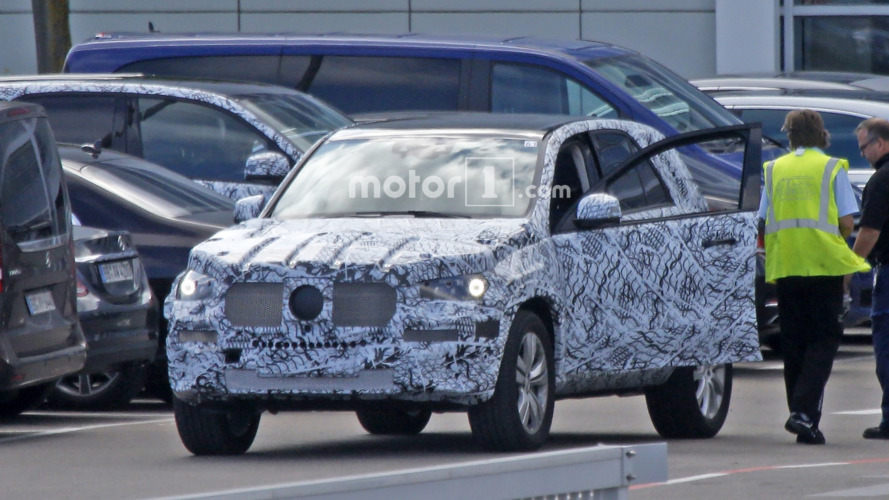 Crossover is rumored to ride on the new Modular High Architecture.

The 2018 Mercedes GLE has been spied in the parking lot of one of the company's numerous facilities.

Dressed in heavy camouflage, the crossover appears to have an evolutionary design as it adopts a prominent grille, a familiar hood, and an upward sweeping beltline.  We can also see muscular front fenders, a gently sloping roof, and a tailgate-mounted spoiler.

The overall size of the crossover is hard to judge but previous reports have indicated the next-generation GLE will have a longer wheelbase which should result in a more accommodating cabin with additional cargo capacity.  This particular prototype also looks shorter than the current model but nothing is official as of yet.

Mercedes hasn't said much about the GLE but reports have suggested the crossover will ride on a new platform called the Modular High Architecture.  This change should enable the next-generation GLE to weigh significantly less than the current model.

Engine options remain unconfirmed but we can expect an assortment of petrol and diesel units.  Later on, there will be a plug-in hybrid variant as well as a high-performance AMG version which could use a biturbo 4.0-liter V8 engine that develops approximately 550 horsepower.