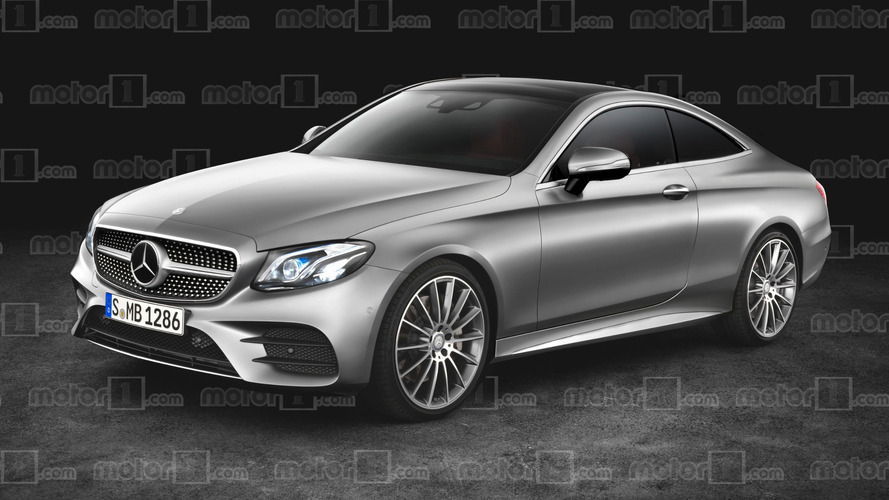 Will be unveiled early next year.

Mercedes is putting the finishing touches on the 2018 E-Class Coupe so our colleagues at OmniAuto have created a rendering of what the car could look like.

Looking undeniably attractive, the model follows in the footsteps of the C-Class Coupe and adopts a stylish front fascia with a single bar grille, sweptback headlights, and large air intakes.  The sporty styling continues further back as we can see a rakish windscreen, sensuous bodywork, and muscular side skirts.  Rounding out the highlights are a dynamic greenhouse and a flowing roofline.

Previous spy photos have shown the cabin will be heavily influenced by the E-Class Sedan but there will be a handful of minor changes including new air vents and a revised center stack that eschews an analog clock.

Engine options will carryover from the sedan so expect an assortment of familiar choices including a turbocharged 2.0-liter four-cylinder with 241 horsepower and a biturbo 3.0-liter V6 that produce 396 hp and 384 pound-feet of torque. There should also be a high-performance E63 model that has outputs of 571 hp and 612 hp.

Mercedes has been tight-lipped about the model's launch but previous reports have suggested it could be unveiled at the 2017 Geneva Motor Show.