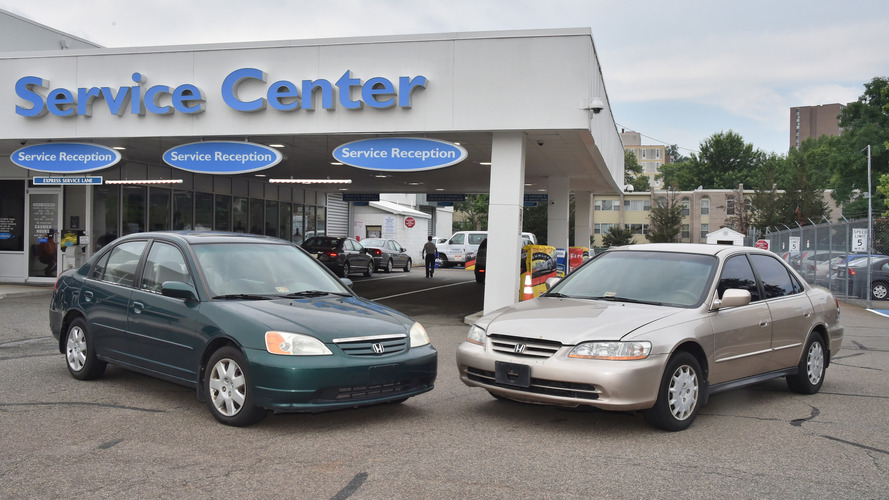 We have become numb to recalls. People don’t even bat an eye at a notice nowadays.

In the 40 years the government has been tracking recalls, it has overseen the recall of 656 million vehicles, according to National Highway Traffic Safety Administration documents. The numbers seem to be growing exponentially. In the past five years, 169 million vehicles – more than 25 percent of all vehicles ever recalled – have had some sort of problem that needed correcting. It would take more than three years for carmakers to build all the vehicles recalled in the U.S. last year.

Are cars really that much worse than they were in 1966, when, according to NHTSA, there were a mere 58 recalls involving 982,000 vehicles (and the only time less than a million vehicles were recalled in a year)? No, cars are significantly stronger, faster, and safer than ever before. But they are significantly more complicated and thus the problems become more complicated.

Afraid your car might just shut off while you’re driving down the road? There’s a recall for that.

Worried your airbag might become an IED? There’s a recall for that, too.

The GM recall has already cost the carmaker a billion dollars, and the Takata recall, which is ongoing, could bankrupt the supplier.

Both of these recalls came after multiple tragedies. The General Motors ignition switch recall has been tied to around 130 deaths because a driver’s knee hitting the key could cause the car to turn off while it is cruising down the highway. It could also prevent the airbags from going off if the car is in an accident while it is turned off. The Takata airbag has been credited with 14 deaths because the deployed airbag also launches shards of metal that, in some instances, have cut through the driver’s jugular vein.

The GM recall has already cost the carmaker a billion dollars, and the Takata recall, which is ongoing, could bankrupt the supplier.

Fiat Chrysler’s Jeep is the most recent brand to make recall news. Movie star – perhaps, even worse, a Star Trek movie star, upsetting every Reddit user in the world – Anton Yelchin’s death is said to be linked to a faulty shifter in a 2015 Grand Cherokee. Again, a horrible tragedy. The vehicle’s electronic gear shifter is poorly designed. Drivers can push the shifter forward thinking they have put the vehicle in park but instead it remains in neutral.

That is what likely happened to Yelchin. He may have thought his Jeep was in park, and got out on a sloped driveway. When he walked behind the vehicle, it began to roll backwards, ultimately crushing him between the Jeep and his security fence.

Recalls, by definition, are safety related but vary in urgency – your car can be recalled for exploding airbags or because there’s a typo in the owner’s manual (yes, really).

FCA issued a recall on the shifter in April, updating software to automatically put the vehicle into park if a door is opened. (This doesn’t address the imprecise feel of the shifter, but had Yelchin had the fix, he would still be alive.)

Perhaps the biggest problem with our current recall system is that it is sometimes difficult to understand the severity of a problem. Recalls, by definition, are safety related but vary in urgency – your car can be recalled for exploding airbags or because there’s a typo in the owner’s manual (yes, really). This creates a false sense of security for many owners, who don’t always have the time or patience to spend the day at a dealership, so they delay making the repair. It also takes time just to reach owners, especially for older vehicles that may have been resold numerous times.

Some automakers can create that urgency. In May, Subaru told customers not to drive their new Legacy sedans because an improperly tooled steering column made almost 50,000 cars not safe to drive. Cars were towed to dealerships and fixed. That’s how you should do it.

It appears carmakers have moved past the stigma of potentially reputation-ruining recalls, issuing them in growing numbers. Carmakers survive, even if some of their customers don’t. But NHTSA estimates millions of vehicles remain on the road unrepaired.

NHTSA estimates millions of vehicles remain on the road unrepaired.

Roughly 70 percent of recalled vehicles are repaired within the first 18 months, according to NHTSA. That’s not bad, but that could also mean that of the 29 million cars recalled for a faulty ignition switch, as many as 8.7 million have not been repaired.

There are also ways to check if your vehicle has had any recalls through Safercar.org, a website operated by NHTSA. Just plug in your VIN and it will tell you what recalls have been issued for that car. Fixing a car is always a free service at your local dealer, though it’s the customer’s responsibility to make that appointment. Owners should also understand their responsibility to others on the road. A recalled vehicle puts more than just the people in the vehicle at risk, it could very well hurt someone else too.

A simple but elegant solution to having vehicle owners ensure their vehicle has undergone a repair for a recalled item is through the state registration process. When the owner attempts to register a vehicle and the system identifies a recall for the vehicle, the owner should be required to show proof that the vehicle has been properly repaired. If it hasn’t, then issue a 30-day registration to give the owner time to have the repairs done (Germany already does something like this). No recall fix, no registration.

Maybe then, people will start to pay attention to recalls again.