Chevrolet Captiva Perfect Black is limited to 15 units in Japan 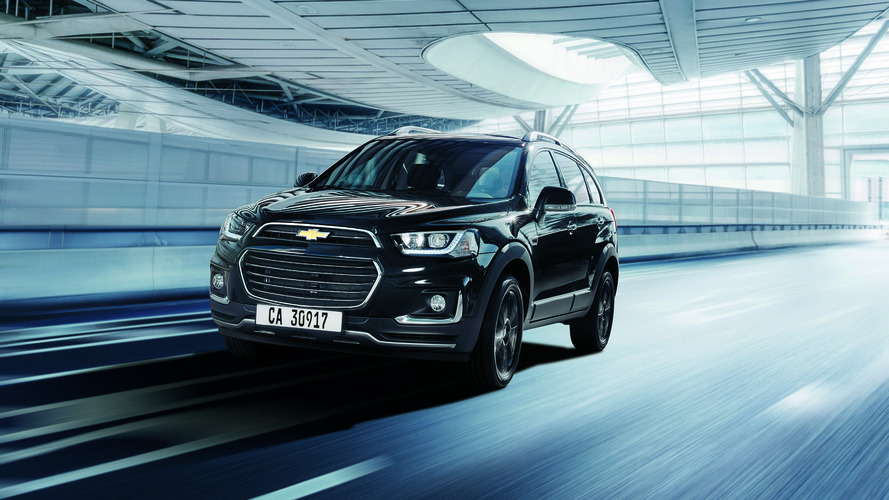 Chevy is trying to spice up the Captiva seven-seat SUV by giving it a JDM-only special edition.

The Captiva is not exactly the most interesting midsize SUV on sale nowadays in Japan, but the company with the bowtie emblem is applying some black accents for a special edition available only in the Land of the Rising Sun. With the exception of the roof rails and some chrome shiny bits, just about everything else about the car comes in black. To sweeten the deal, Chevy will also throw in some two-tone body decals and bump the size of the wheels to 19 inches.

As for the interior, the Captiva Perfect Black has standard leather upholstery which obviously comes in black to match everything else. The first- and second-row seats are heated and Chevy has added a rear-seat entertainment system with a 10.2-inch screen, DVD player, and a TV tuner, so your kids certainly won’t get bored on longer journeys.

There aren’t any engine options as you’ll be stuck with the 2.4-liter Ecotec unit hooked up to a standard on-demand all-wheel-drive system.

To keep it exclusive, only 15 units are going to be made and Chevy will open the order books on July 2 for anyone willing to pay the ¥4,090,000 (almost $40,000) starting price. For your money’s worth, the Captiva Perfect Black has plenty of standard goodies, including Parking Assist (front & rear sensors, camera), Descent Control System (DSC), Side Blind Zone Alert, and connectivity support for both Android Auto and Apple CarPlay.

Seeing as how BMW is launching a ton of special editions lately and others are also doing the same, it seems people from Japan have an appetite for these limited-run models which don’t actually bring anything new to make the cars worthy of their status. That being said, we won’t be too surprised if all those 15 Captivas will be sold right away.