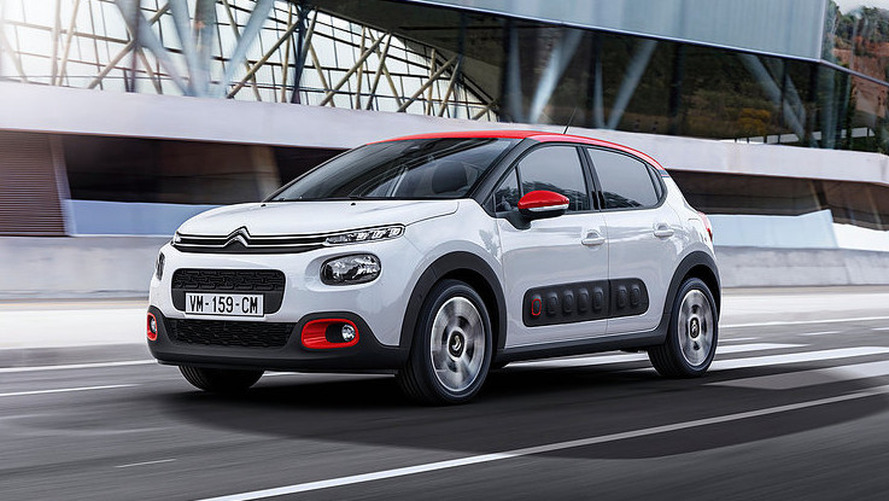 The new hatchback is heavily inspired by the C4 Cactus.

The first pictures of the 2017 Citroen C3 have leaked to the web ahead of its official debut on June 29th.

Posted by Cocoric Auto, the images reveal the model is heavily inspired by the C4 Cactus as it features a familiar front fascia and Air Bumps on the doors.  The hatchback also boasts plastic body cladding, a contrasting roof, and a tailgate-mounted spoiler.

Interestingly, the model will reportedly be offered with a "ConnectedCam" which is an HD camera that can take pictures and record short videos.  Little is known about the system but reports are suggesting the camera will automatically start recording when an accident is detected.

Speaking of technology, we can expect to see a new infotainment system with Android Auto and Apple CarPlay compatibility.  Customers will also be able to order blind spot and lane departure warning systems.

Engine options remain unconfirmed but we can expect a variety of familiar powerplants including a 1.2-liter three-cylinder with outputs of 82 horsepower and 110 hp. On the diesel side, we can look forward to a 1.6-liter BlueHDi with outputs of 75 hp, 99 hp, and 120 hp.